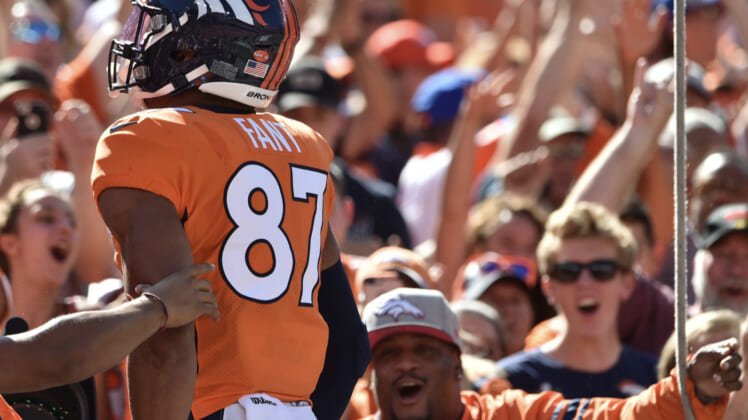 Taking on a 2-6 Broncos team on the road Sunday, most figured Cleveland would find a way to at least salvage its season.

Even with Brandon Allen (who?) starting under center for Denver, that did not come to fruition in the first half.

Check out Broncos rookie tight end Noah Fant truck pretty much the entire Browns defense on a 75-yard catch and run for a touchdown.

That play-making ability is something Fant flashed at Iowa. This inability to tackle is what continues to define the long-downtrodden Browns. How many defenders had an opportunity to stop Fant before he took it the distance?

It was just earlier in the first half that Broncos receiver Courtland Sutton burned the Browns with yet another beautiful touchdown catch.