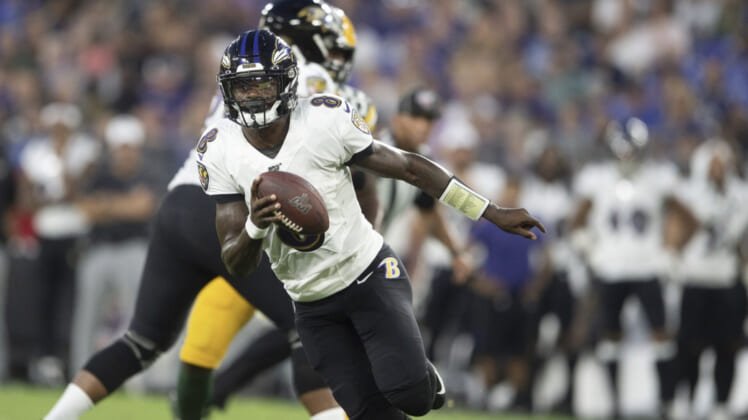 The New England Patriots were uncharacteristically roasted by Lamar Jackson and the Baltimore Ravens on the opening drive of Sunday night’s game.

Jackson led an 11-play, 75-yard touchdown scoring drive that was aided by a brutal encroachment penalty on fourth down near the goal line as the Ravens lined up to kick a field goal.

One play after that mistake, Jackson danced into the end zone on a zone-read that fooled the Patriots completely.

Jackson was a perfect 4-of-4 for 41 yards passing on the drive, and he added 13 yards on three carries to put the Ravens up 7-0 early in the first quarter.