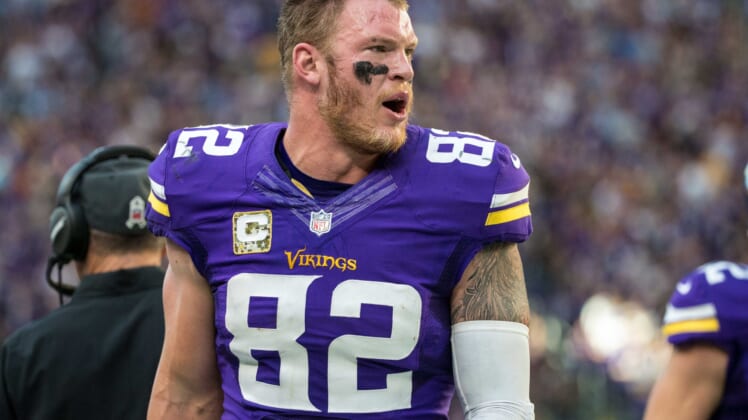 Watch as Rudolph fully extends with his right arm to haul in a pass from Kirk Cousins that appeared at first to be just a throw-away attempt. He not only somehow pulled this ball down but then got both feet in bounds for the spectacular score.

This touchdown catch by Rudolph put the Vikings up 7-0 after Dallas’ opening drive finished with no points due to a failed 57-yard field goal.