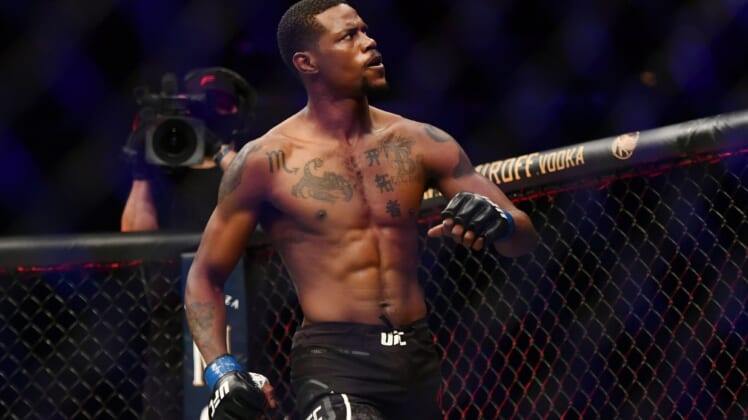 This bout was expected to be among the best of the preliminary card Saturday evening in Las Vegas. Kevin Holland taking on Joaquin Buckley in a battle of middleweights.

It did not turn out this way. Holland absolutely dominated through the first two rounds, landing almost twice as many significant strikes as Buckley.

Once Round 3 got going, Holland was not about to waste any time. The “Trailbazer,” as he is known, caught Buckley with an absolutely violent right jab, knocking his opponent out in the process.

It was a sight to behold.

As you can see, Buckley’s mouthpiece even went flying after he was on the receiving end of this jab. What a brilliant knockout from the 27-year-old Holland.

The Texas native now moves to 18-5 in his career. This includes a solid 5-2 mark in the UFC.