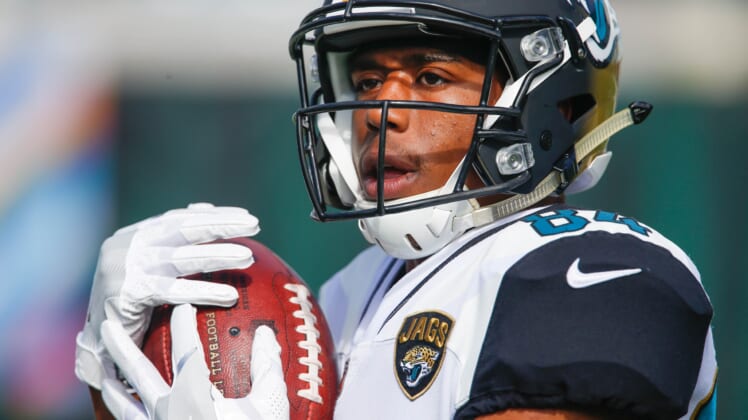 Just two weeks into the season and we may already have the best catch of the entire season. Jacksonville Jaguars wide receiver Keelan Cole did his best Odell Beckham Jr. impression with an incredible one-handed catch.

Late in the first quarter, Cole leaped into the air and made a one-handed grab over the defensive back, maintaining control of the ball with just his fingertips through the entire play.

It’s unlikely we see a catch like this again this season and it certainly left everyone watching with their jaws dropped.

Cole wasn’t done absolutely embarrassing the New England Patriots secondary either. A few moments later, the 25-year-old receiver beat the cornerback and hauled in a touchdown pass in tight coverage.

Against one of the best teams in the NFL, Cole is stepping up and stealing the spotlight. Jacksonville desperately needs a No.1 wide receiver to emerge and Cole seems ready for that role.