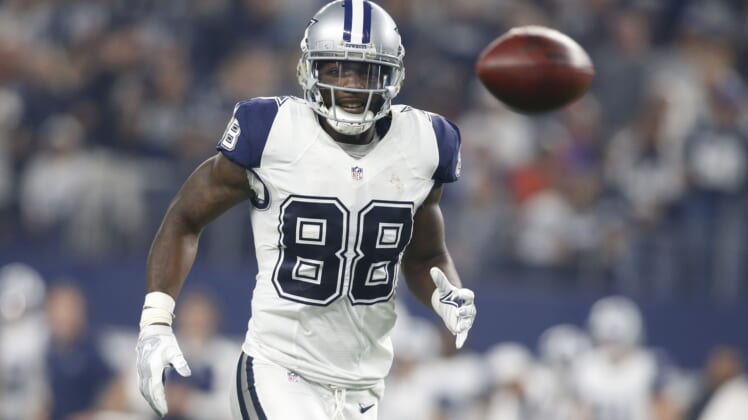 There’s been some speculation that the Dallas Cowboys might look to re-sign Dez Bryant after a two-year hiatus in their marriage. While none of this is coming from the Cowboys, Bryant has made it clear he’d like to return to Big D.

Even with the COVID-19 pandemic creating social distancing around the United States, Bryant was seen working out with current Cowboys quarterback Dak Prescott and running back Ezekiel Elliott on Monday.

Check out Prescott hit Bryant in stride on this one throw.

Can we read too much into this? I’m not sure. But the fact that Bryant is getting work in with the two biggest names on the Cowboys’ roster seems to suggest there’s something happening here.

Dallas re-signed No. 1 receiver Amari Cooper back in March. Though, it does need more depth after Randall Cobb departed in free agency. In fact, we have the Cowboys going receiver early in the 2020 NFL Draft.

Bryant, 31, has not suited up in an NFL game since the 2017 season. He suffered a torn Achilles in his first practice after signing with the Saints back in 2018.

The three-time Pro Bowler has recorded 531 receptions for 7,459 yards and 73 touchdowns in eight NFL seasons.