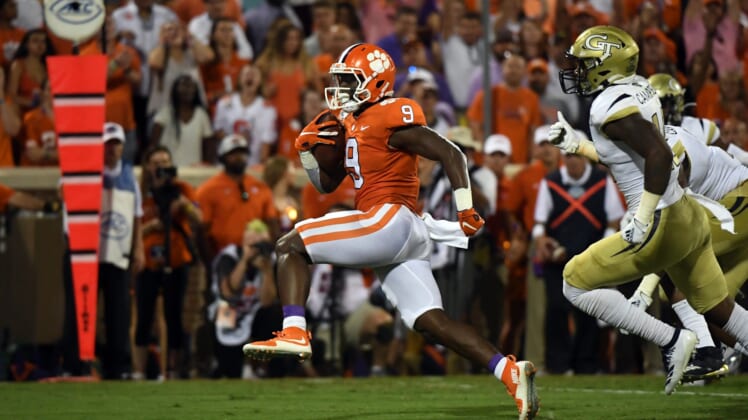 Clemson Tigers running back Travis Etienne came into the 2019 season with big aspirations and a lot of hype. He immediately delivered on Thursday by displaying his explosiveness on a 90-yard touchdown run.

Etienne took a delayed handoff from Trevor Lawrence then burst upfield and quickly found a hole. After following his blocks to the 18-yard line, he turned on the speed to split defenders at the 29-yard line then went untouched the rest of the way.

There’s simply no denying the junior running back is one of the best at his position in the country. He’s always capable of hitting the big run with his game-changing speed and incredible vision and another long touchdown run once again proves it.

Lawrence might be the current favorite on Clemson’s roster to win the Heisman Trophy. Just don’t be surprised if Etienne delivers even better numbers than 2018 and makes a strong case of his own.