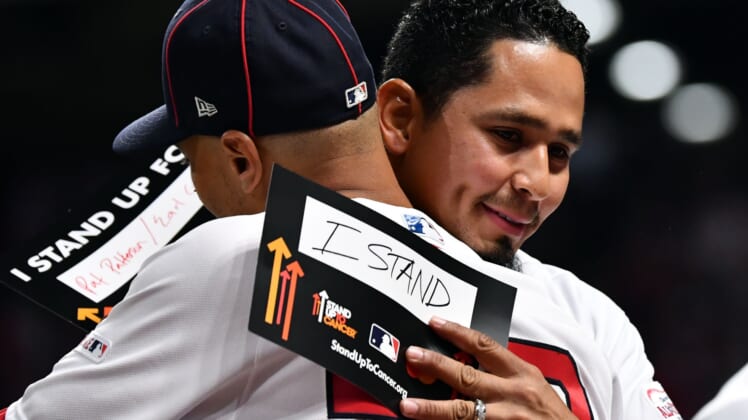 Cleveland Indians pitcher Carlos Carrasco returned to the mound Sunday for the first time since being diagnosed with leukemia in May.

Fans, and the Tampa Bay Rays, greeted him back with a standing ovation.

Just a classy gesture from the opposing team and its fans.

Carrasco had been placed on the injured list on June 5 after last pitching on May 30th. After receiving treatment for his medical condition, he began his rehab in mid-August and made three appearances in the team’s minor league system.