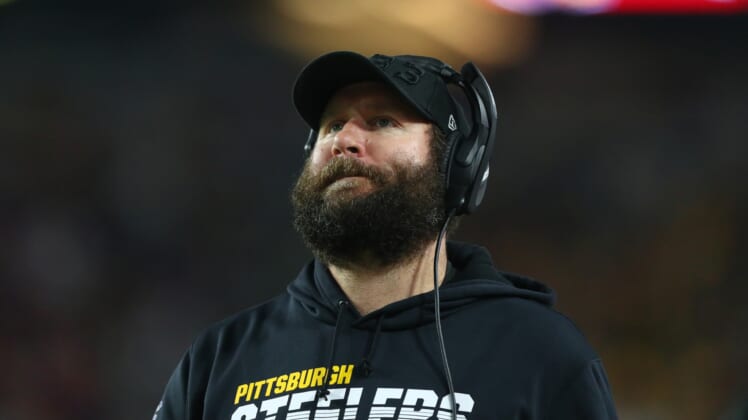 It’s been eight months since Pittsburgh Steelers quarterback Ben Roethlisberger threw a pass to one of his teammates. It’s also been just as long since he shaved. All of that came to an end recently in one glorious video that has us all feeling a mix of emotions.

After undergoing season-ending elbow surgery in September, Roethlisberger vowed not to shave until he could throw a pass to one of his teammates. Following months of rehabilitation, he demonstrated why the Steelers are so confident in return with a workout that left us feeling bittersweet.

It’s great to see the 38-year-old back on the field throwing the football around with his friends. It was Roethlisberger’s absence for a majority of the 2019 season that prevented the Steelers from reaching the playoffs in 2019. By getting him back, paired with an outstanding defense, Pittsburgh has a great chance to contend in the AFC this season.

Unfortunately, it also brings an end to his glorious beard. NFL fans loved seeing his face on television and social media because he showed off one of the best beards in sports. Sadly, those days have come to an end and we can now only look back on the memories we had.