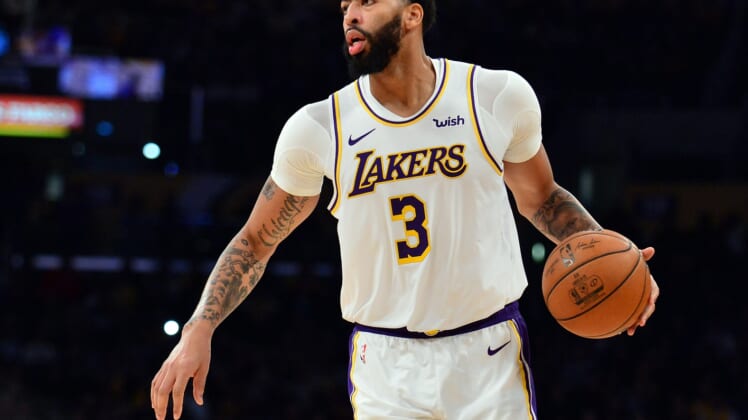 Los Angeles Lakers star Anthony Davis has been a hit with the fan base since he arrived. On Wednesday night, Davis provided everyone inside the Staples Center with reason to celebrate the new year after witnessing his monster dunk.

Davis fed the ball to Danny Green outside the paint, which cleared out the lane perfectly. Davis took advantage of the defensive breakdown with Green setting him up on a one-handed lob that Davis grabbed in mid-air and threw down for the ferocious, rim-shaking slam.

Phoenix Suns center Aron Baynes put up a defensive effort, a decision that led to him being posterized. Fortunately for basketball fans, it made the alley-oop look even better.

Davis’ reaction to the dunk perfectly captures how every fan inside the Staples Center felt watching it happen. While Baynes might be a reliable defender in the paint, he’s simply no match for Davis’ athleticism and power when going to the hoop.