The Washington Wizards are reportedly dealing with a COVID-19 outbreak, which should lead to at least their next couple of games being postponed. 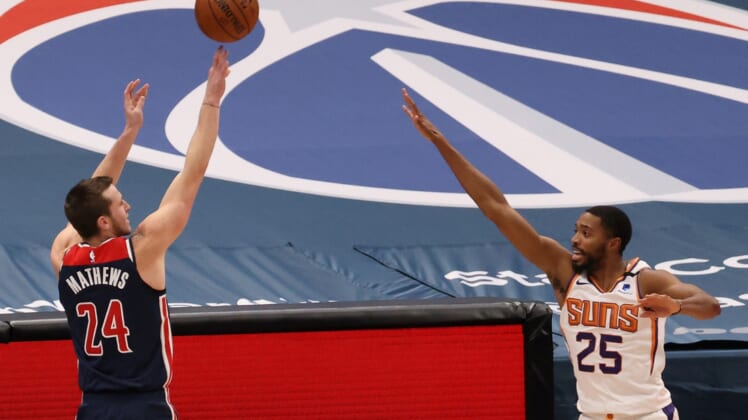 An outbreak of COVID-19 is spreading in Washington, with the Wizards reportedly up to five positive tests.

Washington’s upcoming slate of games will likely be postponed beyond Friday’s contest against the Detroit Pistons. The Wizards and Cleveland Cavaliers are scheduled for a Sunday game expected to be postponed.

The Athletic first reported the five positive tests on Friday. Players testing positive are required to quarantine for 10 to 14 days, per NBA protocol.

League rules also mandate that teams have a minimum eight healthy players, a relative assessment considering the apparent virus spread within the team.