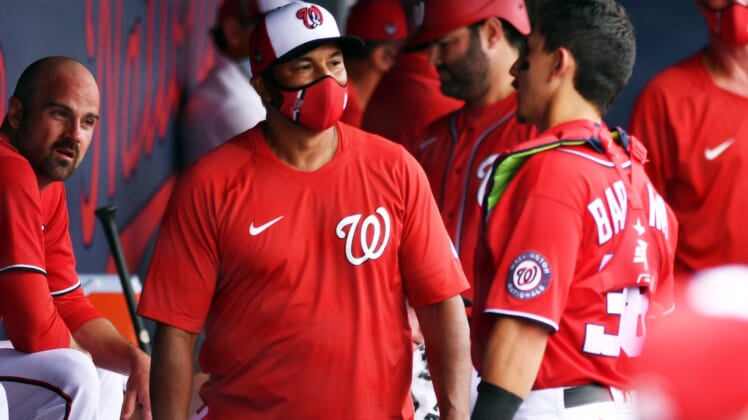 The start of the Washington Nationals’ 2021 season will have to wait at least one more day, as their game Monday against the Atlanta Braves was postponed due to Washington’s ongoing COVID-19 issues, The Athletic reported Sunday.

The clubs are “aiming to play on Tuesday,” the report added.

A season-opening series between Washington and the New York Mets at Nationals Park was not played on schedule. No makeup dates for any of the missed games have yet been announced.

When Washington, the 2019 World Series champions, does eventually take the field, it will not be able to play those 11 players.

The Nationals and Mets are the only two major league clubs that have yet to begin the 2021 season, which kicked off Thursday. Atlanta, meanwhile, is coming off a season-opening sweep at the hands of Philadelphia.