The current majority owners of the Washington Commanders franchise are interested in landing a record number in a sale of the team, however, they don’t want billionaire Jeff Bezos to be the person with the winning bid.

The Washington Commanders organization is in the midst of a tumultuous period in the franchise’s history. The team was embroiled in scandals for most of 2022 over allegations of sexual misconduct and financial improprieties within the organization. The bad press then led to speculation other NFL owners could look to force the team’s top boss, Daniel Snyder, out of their 30-man fraternity.

Fortunately, it never came to that, and Snyder — of his own accord — decided to begin the process for an eventual sale of the franchise. Despite the product on the field being middle-of-the-road at best for the majority of the last two decades, the franchise is still quite valuable and could land a bid that surpasses the $4.65 billion the Denver Broncos sold for last year.

One person who could easily afford such a price is Amazon founder Jeff Bezos. A man that has been rumored as a possible bidder. However, it seems that the Washington Commanders’ top decision-makers would prefer the fourth richest man in the world doesn’t buy their team.

Official bids on the Washington Commanders, which are believed to be as high as $6.5 billion were reportedly placed in December. However, it seems that Jeff Bezos was not among the group that put in an offer. While there is still time for him to do so, it seems Daniel Snyder and his wife Tanya hope it stays that way.

On Monday, NBC Sports NFL insider JP Finlay reported “multiple sources said that Dan and Tanya Snyder prefer not to sell their franchise to the Amazon founder.” However, despite other stories eluding to the Snyders not being fans of the Washington Post owner, they don’t control the bidding process.

On Tuesday, Front Office Sports revealed that Bank of America — which is handling the sale — is still trying to keep Bezos involved with the process. The assumption being if they are receiving a fee based on the total amount the Washington Commanders sell for, Bezos would offer Bank of America the highest upside for their effort. 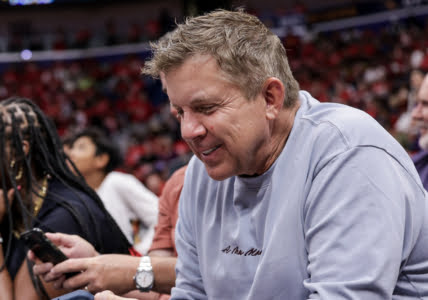 Obviously, the Post has closely covered the Commanders and the drama surrounding the team for years. Not to mention they have offered up sharp critiques of the franchise’s poor performance under his ownership. It’s likely Daniel Snyder is holding a grudge against them and their current owner for their coverage of the team during his tenure.