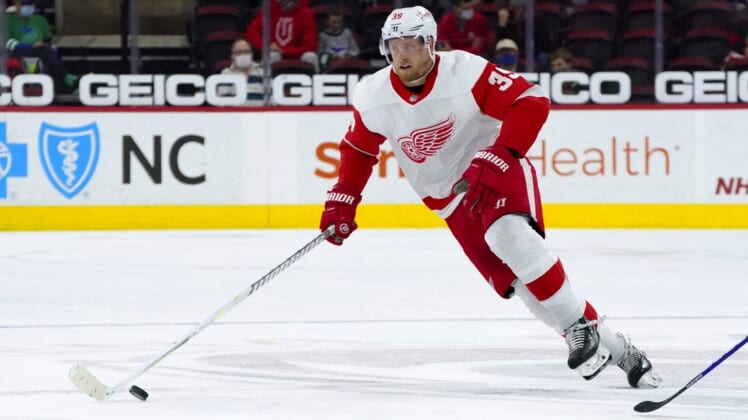 The Washington Capitals acquired Anthony Mantha from the Detroit Red Wings on Monday in exchange for fellow forwards Jakub Vrana and Richard Panik, a first-round pick in the 2021 NHL Draft and a second-round selection in 2022.

The Capitals also acquired forward Michael Raffl from the Philadelphia Flyers in exchange for a fifth-round pick. Raffl won’t have long to wait to see his former team as the Capitals host the Flyers on Tuesday.

Raffl, 32, is a pending unrestricted free agent. He has eight points (three goals, five assists) in 34 games this season and 160 points (81 goals, 79 assists) in 504 career contests — all with the Flyers.