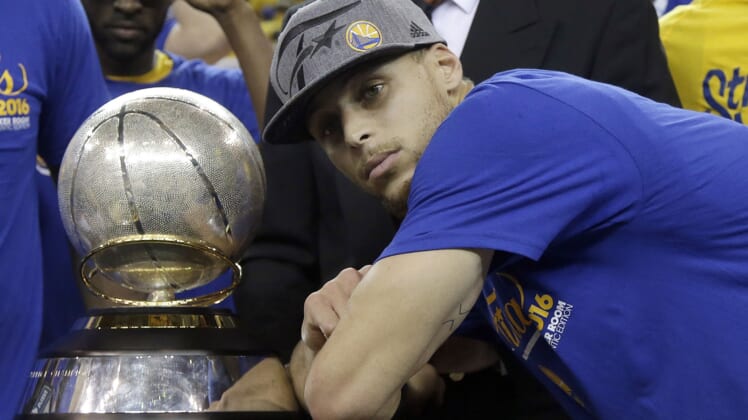 The Golden State Warriors had been known as an organization of futility. After making the playoffs in 1994, the Warriors made the playoffs just once from 1995 to 2012. But after hiring coach Mark Jackson, the Warriors’ fortunes began to turn.

The big picture: What happened in a three-year span that helped the Warriors evolve into a championship dynasty, starting in 2015?

A new foundation is laid in Golden State

A hard-nosed and tough defender during his time playing with the New York Knicks and Indiana Pacers, Jackson brought a defensive mindset as a coach. In his first year in 2012, the Warriors ranked 27th in the league in defensive rating, en route to winning 23 games. In a way, 2012 marked the beginning of the Warriors’ defensive identity as Jackson preached accountability on that end of the floor.

The next two years saw the Warriors skyrocket on defense as:

Even after the defensive turnaround, Jackson was fired, due to his inability to get along with the rest of his organization.

Though he had no prior coaching experience, Steve Kerr was hired as the new coach in 2015. However, as a player, he learned under Phil Jackson and Gregg Popovich and brought in a new offensive system.

Taking parts of the Triangle Offense, a pace-and-space offense and the “Seven-seconds-or-less” offense from Jackson, Popovich and Mike D’Antoni, respectively, the Warriors ushered in a new era of basketball: the three-point revolution. This offense was mainly catered to Stephen Curry and Klay Thompson’s phenomenal shooting.

With a new offense in place, the Warriors:

The Warriors balanced attack helped them win 67 games – the most in franchise history at the time. For their troubles, Curry won MVP and Kerr won Coach of the Year.

The Warriors’ fortunes begin to turn in the playoffs

After losing in the first two rounds of the playoffs the previous two years, the 2015 playoffs marked a turnaround for the Warriors. Taking what worked in the regular season, the Warriors:

The Bay Area has an NBA Finals MVP

For the first time in 40 years, the Warriors made it back to the NBA finals and won their fourth championship. Because of his defense on James, Iguodala won the NBA Finals MVP. Though, a case could be made for Curry as well.

Offensively in the Finals, Iguodala:

Curry, on the other hand, was a game-changing presence by himself.

Whether the Finals MVP belonged to Iguodala or Curry is up for debate. Nevertheless, the Warriors parlayed an incredible regular season to even-greater success in the playoffs, eventually culminating in one of the most dazzling runs in NBA history.

Winning the NBA championship was the culmination of a marvelous season for the Warriors. Though the Cavaliers were missing Kyrie Irving and Kevin Love, it was still an enjoyable series all around.

Jackson laid the foundation and Kerr continued to build up the Warriors’ dynasty, a dynasty that features incredible highs and unbelievable lows. However, it all had to start somewhere and that was in 2015.