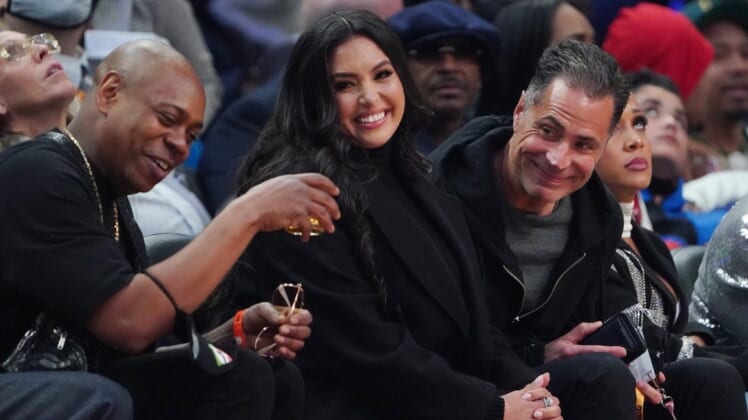 A jury awarded Vanessa Bryant $16 million in damages on Wednesday among a $31 million judgment in the invasion of privacy lawsuit she and another brought against Los Angeles County.

Fellow plaintiff Chris Chester, who lost his wife and daughter in the January 2020 helicopter crash, was awarded $15 million.

A group of nine jurors deliberated for roughly 3½ hours before reaching their decision.

The lawsuit stemmed from photos that were taken of the crash scene that showed the remains of Kobe Bryant and Gianna Bryant, among others.

Vanessa Bryant filed suit in U.S. District Court in September 2020 seeking damages amid claims that members of the Los Angeles County sheriff’s and fire departments shared gruesome images of the crash in unofficial settings, including to patrons in a bar.

“Mrs. Bryant feels ill at the thought that sheriff’s deputies, firefighters, and members of the public have gawked at gratuitous images of her deceased husband and child,” the lawsuit states. “She lives in fear that she or her children will one day confront horrific images of their loved ones online.”

Los Angeles County officials argued that the “severe and emotional and mental injuries” were not caused by the county or the photos but by the crash itself.

Kobe Bryant, his 13-year-old daughter Gianna, Chester’s wife Sarah and daughter Payton and five other people perished in the crash in Calabasas, Calif., on Jan. 26, 2020.

Kobe Bryant was 41 when he died. He would have celebrated his 44th birthday on Tuesday. The Los Angeles Lakers great and 18-time All-Star won five NBA championships and was elected to the Hall of Fame in 2020.