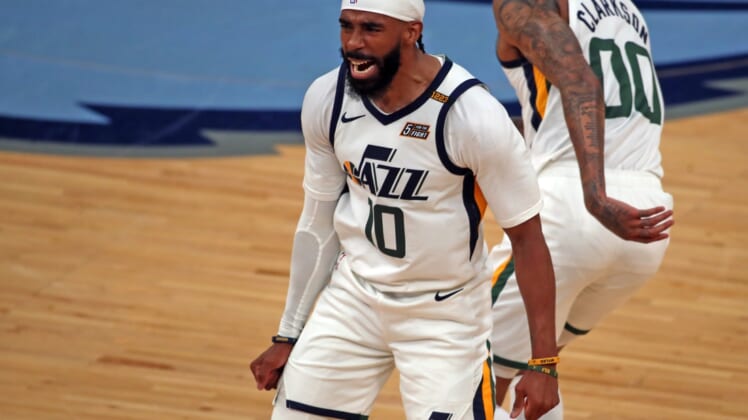 May 31, 2021; Memphis, Tennessee, USA; Utah Jazz guard Mike Conley (10) reacts during the third quarter during game four in the first round of the 2021 NBA Playoffs against the Memphis Grizzlies at FedExForum. Mandatory Credit: Petre Thomas-USA TODAY Sports

The challenge for the Jazz is two-fold. Conley, 33, would demand a significant deal to retain, and Utah is already projected to be hovering around the luxury-tax cutoff even without the 2021 All-Star.

A max deal would be expensive — in the neighborhood of $228 over five years, or $45.6 million per year — but might not be necessary to retain the veteran floor leader

The Jazz could opt to let the former No. 4 overall pick by Memphis walk, but the team just finished first in the Western Conference standings with a 52-20 record and has younger stars Rudy Gobert and Donovan Mitchell returning. 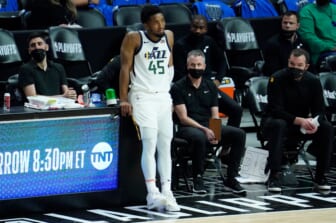 This past season, he earned his first All-Star selection, playing in 51 games and averaging 16.2 points and 6.0 assists per game, but he was inactive for most of the team’s 4-2 playoff series loss against the Los Angeles Clippers because of a hamstring injury.