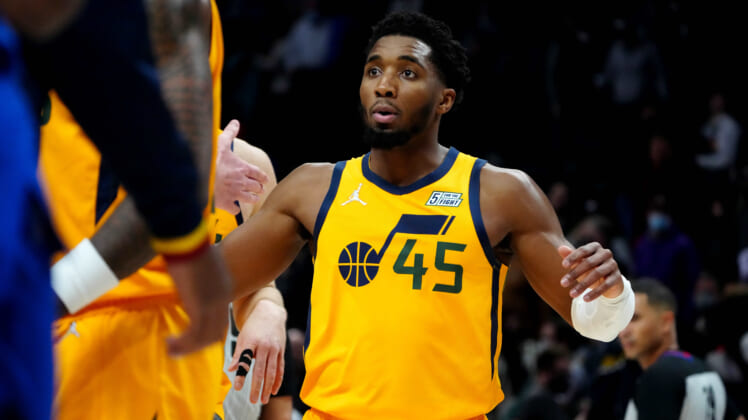 A top NBA insider says that the Utah Jazz have transitioned away from keeping Donovan Mitchell happy so that he stays, and are now making moves that are in the best long-term interest of the organization first.

When it comes to the Jazz, Mitchell’s future with the team has been one of the biggest stories surrounding the organization. While the 25-year-old is signed for at least three more seasons, there has long been speculation that he would one day look for an exodus from the small market team. Plus, the desire to trade for him from rival clubs certainly hasn’t helped.

Until recently, reports claimed that the team was set on doing whatever they could to keep him happy and maintain a competitive environment while overhauling the roster around their top player. However, after trading All-Star center Rudy Gobert and Royce O’Neale last week for draft picks, it seems the front office is looking more at a hard rebuild instead of reloading with high-end talent.

That adjustment in direction reportedly led Mitchell to ask his employers about the strategy of the organization this offseason, ESPN NBA insider Brian Windhorst claimed on a Wednesday edition of his “The Hoop Collective” podcast. And from what he has heard, it seems that team president Danny Ainge and owner Ryan Smith are now focused on doing what is best for the Jazz going forward, not Donovan Mitchell.

“From what I understand, Donovan was like, ‘So, what’s the plan here? You’ve just traded two players that were really helpful to us for draft picks essentially,'” Windhorst said. “And the plan basically is [the Jazz are] going to do what’s right for the franchise. They’ve saved $150 million and picked up five first-round draft picks in the last week. And Danny Ainge and Ryan Smith’s view that’s correct for the franchise. If they deem for the franchise the correct thing is to build around Donovan Mitchell with all those pieces and parts they’ll do that.

“If they believe the correct thing is trade you for another haul and start from scratch, then they’ll do that,” he continued. “But what their priority is not gonna be what Donovan Mitchell wants. Which they made clear when they cut his best friend Eric Paschall. They changed their training staff last year because Donovan wasn’t thrilled about it. A year ago there was a lot of attempts by the organization to make Donovan happy so that he would stick there. I think with Danny Ainge in charge it’s like, ‘We don’t care about that anymore. We’re gonna do what we’ve gotta do. Maybe it includes you, maybe it doesn’t.'” 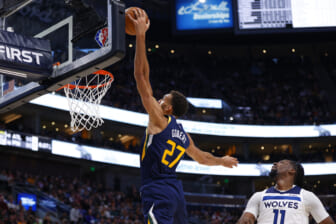 During the podcast, Windhorst also claimed the team does have an asking price for the star guard in a trade. One can only assume if Gobert landed them four first-round picks from the Timberwolves, the haul they are looking for with Mitchell would be even larger.

Nevertheless, based on this reporting it doesn’t seem like the chances of Mitchell staying in Utah long-term are increasing at all.