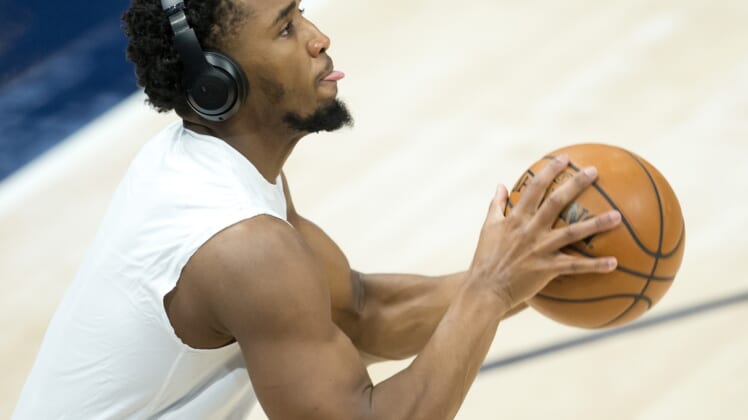 Saying he understands he has a job to so, Utah Jazz All-Star guard Donovan Mitchell will resume flying with the team after opting out of a trip this week following an emergency on a team flight.

Mitchell’s chronic fear of flying was exacerbated Tuesday when the Jazz’s charter flight hit a flock of birds shortly after takeoff for a trip to Memphis. The plane returned to Salt Lake City after a failure in one of the plane’s engines.

While the team boarded a different plane in advance of Wednesday’s game at Memphis, Mitchell elected to stay behind. He missed the team’s 111-107 victory over the Grizzlies.

“I just needed to take that time, because it wasn’t sitting right for me to go on the trip,” Mitchell said, acknowledging his flying fear. “My teammates and my coaches respected that, and I appreciate the support. But I understand that I have a job to do.”

The Jazz have a home game Friday night against the Chicago Bulls and another Saturday against the Orlando Magic. Their next road game is Monday at Dallas and Mitchell said he will be there to face the Mavericks with his team.

“I know I have a job to do,” Mitchell said. “I understand that (flying) comes with the job. I took the time that I needed to kind of just mentally get myself in a good place. I’ll be fine come Sunday when we fly out, but I just needed that time mentally.

” … Some things are just bigger than the game of basketball, and that right there was it for me. Everybody kind of has their different things. Mine happens to be (a fear of) flying.”

Tuesday’s engine failure and subsequent engine fire created a loud boom on board, with the plane tilting left and experiencing severe turbulence.

“There was a point where you just felt like this could be it — and the fact that it’s out of your control,” said Mitchell, who sent text messages to his sister and parents to tell them that he loved them as the flight returned to its point or origin.