The U.S. women’s water polo team made an emphatic statement with its 25-4 win over host Japan at the Tokyo Games on Saturday, obliterating three records along the way.

The 25 goals scored by Team USA bested the previous mark of 16 set by China and Australia in the London Games in 2012. The U.S. team also set a record with 14 goals in a half, topping the old mark of 10.

But Spain finished with a 25-point victory to reset the record for margin of victory and had 15 goals in the second half to also narrowly take that record. The 29 total goals by Spain nearly doubled the record beaten by the Americans earlier in the day. 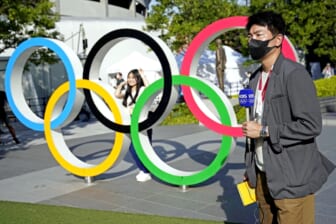 Spain, playing in Group A, faces Canada on Monday. Canada lost 8-5 to Australia in its opener on Saturday.