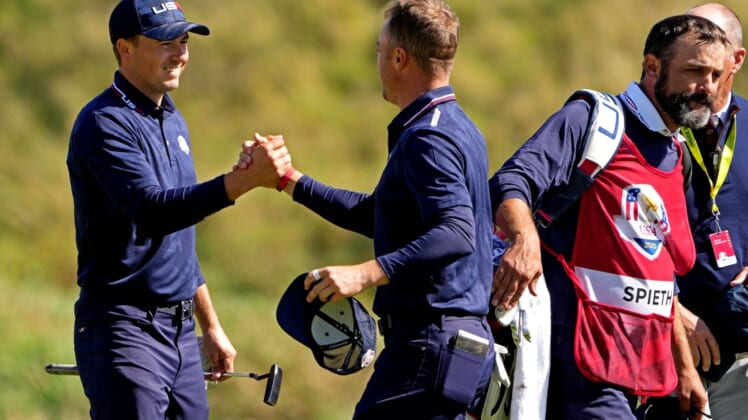 The United States’ smooth sailing along the shore of Lake Michigan continued Saturday morning as the host team extended its lead at the Ryder Cup to 9-3 over Europe following another dominating session at Whistling Straits in Sheboygan, Wis.

Crediting team camaraderie, the U.S. has now won three of the four points available in each of the first three sessions, with all 12 players on the team now earning at least a half of a point.

The United States needs just 5 1/2 points to take back the Ryder Cup from Europe, which won in dominating fashion three years ago at Paris. The current event was delayed a year because of the COVID-19 pandemic. 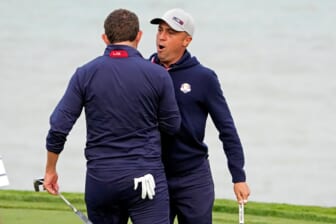 The U.S. team of Dustin Johnson and Collin Morikawa earned a 2 and 1 victory over England’s Paul Casey and Tyrrell Hatton early Saturday, while Patrick Cantlay and Xander Schauffele also went 2 and 1 against another all-England team in Lee Westwood and Matt Fitzpatrick.

Longtime friends Justin Thomas and Jordan Spieth earned the third U.S. point of the morning matches to the delight of the boisterous pro-American crowd. Thomas and Spieth took the 18th hole to earn a 2-up victory over Bernd Wiesberger of Austria and Viktor Hovland of Norway.

“We’ve said it from the get-go, we’ve all known each other for a really long time,” Spieth said on the NBC broadcast. “And other than a couple of us, we have known each other since high school and even grade school. It’s pretty fun. We’re having a blast off the course and it’s helping that lightness to feed into our rounds as well.”

The only point for Europe during the morning alternate-shot competition came from the Spanish duo of Jon Rahm and Sergio Garcia, who earned a 3 and 1 victory over Brooks Koepka and Daniel Berger. 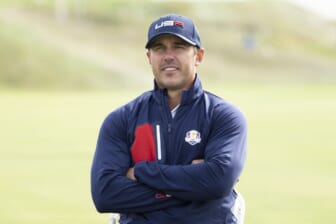 Also Read:
What to watch at Ryder Cup — besides Bryson and Brooksie

Rahm and Garcia rallied back from a three-hole deficit just three holes into the match to stem the U.S. landslide ever so slightly. Rahm, the No. 1 player in the world, has now earned 2 1/2 of the team’s three total points in the competition.

Another dominating session in the Saturday afternoon four-ball play would put the U.S. on the brink of just their second trophy in the last six Ryder Cups. Going back further, Europe has won seven of the last nine times the Ryder Cup has been contested.