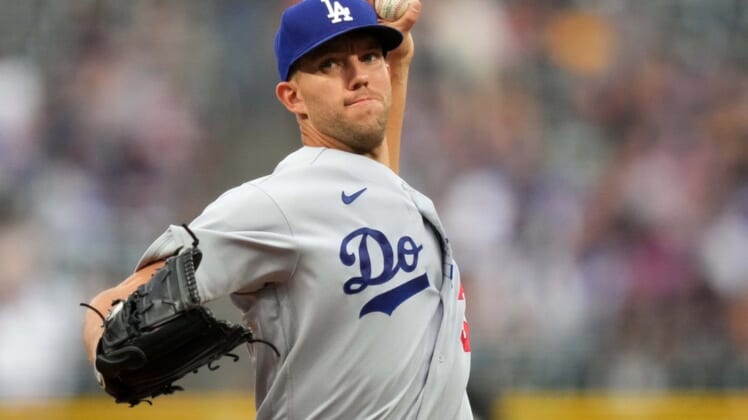 Mookie Betts and Will Smith added two hits apiece for Los Angeles, which has won five in a row over the Rockies. Turner and Smith each knocked in three runs.

Brendan Rodgers had four hits for Colorado, which has dropped five of its first seven out of the All-Star break. Los Angeles is 6-2 since the break.

The Dodgers put the game away early, starting with a two-run first inning. With two outs and runners on first and second, Freddie Freeman and Turner pulled off a double steal, and Turner came home on a throwing error on catcher Elias Diaz.

Freeman moved to third on the error and scored on a wild pitch by Jose Urena.

Los Angeles added to the lead in the second. Max Muncy singled, Cody Bellinger walked and Zach McKinstry reached on a fielder’s choice to load the bases with no outs. After Betts lined out, Turner doubled to left to bring home all three baserunners.

Freeman followed with a walk and Smith doubled to make it 6-0.

The Dodgers piled on in the fourth inning.

Betts and Turner singled and Freeman reached on an error to again load the bases with no outs. Smith followed with a two-run single to chase Urena.

Austin Gomber took over for Urena and got the first out before giving up an RBI single to Lux. Smith and Lux moved up on a groundout and then both scored on Bellinger’s double to right-center field that put Los Angeles ahead 11-0.

That was more than enough for Anderson (11-1), who held his former team to four hits and no walks while fanning four.

The Dodgers added on in the seventh inning off Justin Lawrence. With two on and two outs, Freeman doubled to right field to bring home both runners.