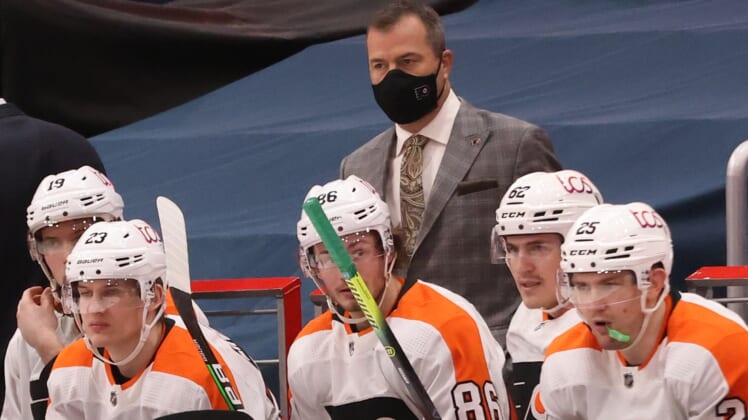 Tuesday’s game between Philadelphia and the host Washington Capitals has been postponed because of COVID-19 issues on the Flyers’ roster, multiple media outlets reported.

The NHL has yet to make the announcement on the game.

The Flyers would be the fifth NHL team to be placed on pause, joining the Buffalo Sabres, Colorado Avalanche, Minnesota Wild and New Jersey Devils.

Philadelphia previously had its next two games against New Jersey postponed. The Flyers’ next game on the schedule is Sunday against the host New York Rangers.

Like the Flyers, the Capitals have had three games postponed in the last two days. Washington’s contests on Thursday and Saturday against the Sabres were postponed on Monday.

The Capitals’ next game on the calendar is against the host Pittsburgh Penguins on Sunday.