Tua Tagovailoa taken to hospital by helicopter after hip injury 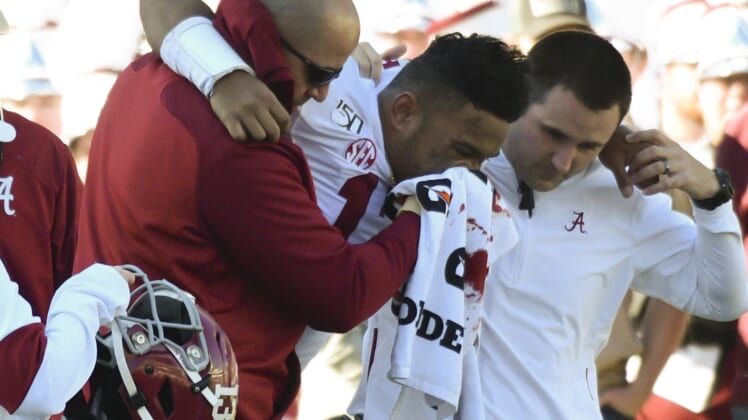 After being carted off the field following a nasty hit, Alabama Crimson Tide quarterback Tua Tagovailoa left Davis Wade Stadium in a helicopter on Saturday with a hip injury.

According to The Tuscaloosa News’ Cecil Hurt, Tagovailoa was airlifted to St. Vincent’s Medical Center in Birmingham after undergoing X-rays on his hip injury.

It’s an alarming update on an already concerning injury. Tagovailoa was carted off the field late in the second quarter with Alabama leading 35-7. Once the cart went inside the tunnel, sideline reporters could hear him still screaming in pain.

Tagovailoa came into Saturday’s action already limited after undergoing ankle surgery a few weeks ago. Now, his long-term future and health are becoming of far greater concern than any potential short-term impact for the Crimson Tide.