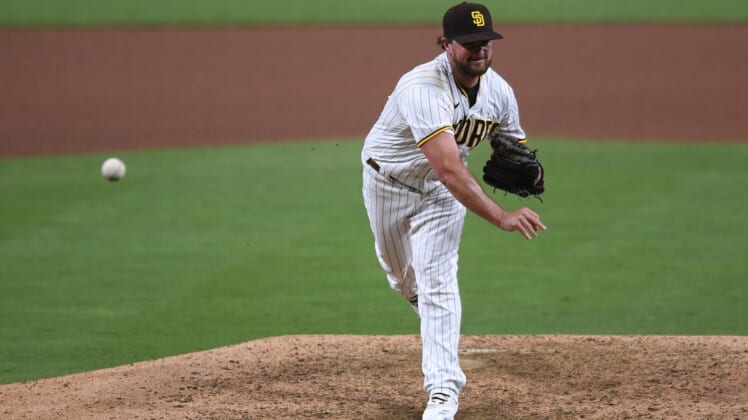 “It’s most likely going to be a Tommy John revision,” Atkins said. “Still very fresh with the information. But that’s the most likely outcome.”

Atkins’ comment came on the heels of Yates undergoing an MRI after initially being diagnosed with a flexor-pronator strain.

An All-Star in 2019 with the San Diego Padres, Yates signed a one-year, $5.5 million deal with Toronto in the offseason.

He last pitched against the Philadelphia Phillies on Saturday in just his second appearance of the spring. In two total innings, he gave up two hits and struck out two.

Yates, who turns 34 on Thursday, appeared in just six games for the Padres last season before having surgery in August to remove bone chips from his pitching elbow. In 2019, he had an 0-5 record in 60 games, but led the major leagues with 41 saves. He struck out 101 batters in 60 2/3 innings.