Top takeaways from the 2018 NBA Draft

The 2018 NBA Draft Thursday night in Brooklyn got off to a rip-roaring start. It included the Dallas Mavericks pulling off a blockbuster deal for overseas sensation Luka Doncic. Later in the lottery, both the Philadelphia 76ers and Los Angeles Clippers did some major work.

Though, one of the major stories of the draft was the Phoenix Suns being able to land two top-10 picks in that of Deandre Ayton No. 1 overall and Mikal Bridges 10th overall after a trade with the above-mentioned Sixers.

These are among the top takeaways from what was a drama-filled evening at the Barclays Center in New York City.

Suns have a one-two punch for the future 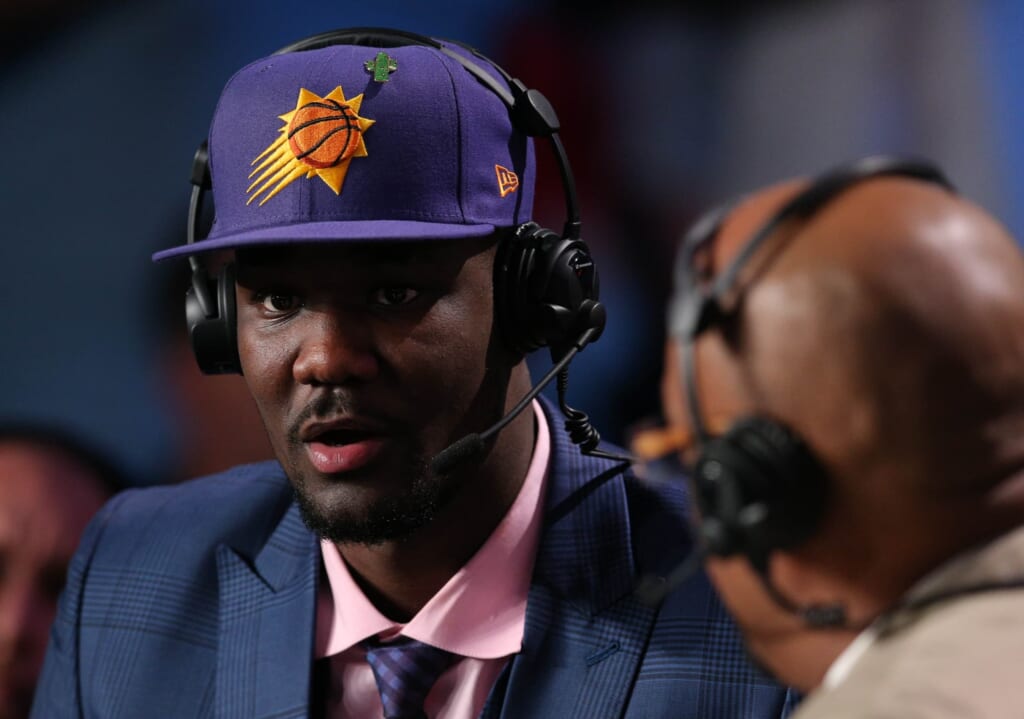 The Phoenix Suns made sure not to cause any real drama at the top of Thursday’s draft. Long expected to select former Arizona standout Deandre Ayton No. 1 overall, that’s exactly what the Suns did. He’ll now team up with Devin Booker to form what the center says could be the next Kobe Bryat-Shaquille O’Neal pairing.

It really is the perfect fit. Combine Booker’s otherworldly outside shooting ability with Ayton’s inside-out game, and the Suns have two book ends with which to build moving forward. Phoenix was then able to add Villanova three-and-d forward Mikal Bridges in a trade with the Philadelphia 76ers that enabled the team to acquire two picks within the first 10 selections. Yes, Thursday was certainly a banner day for this downtrodden organization.

Some major reaches in the middle of the first

With lottery-level talent still on the board in the big way, teams seemingly reached for lesser talent about midway through the first round. An example of this would be the Washington Wizards selecting former Oregon guard Troy Brown 15th overall. Not only does he play the same position as Bradley Beal, but Brown was considered by most experts to be a late first-round prospect. How is he going to fit in with Beal at the two and the recently extended Otto Porter Jr. at small forward?

A couple picks later, Milwaukee nabbed Final Four hero Donte DiVincenzo with the 17th selection. Certainly, the Bucks needed to find a shooting guard early in this year’s draft. The former Villanova star fills that need. But with the likes of Lonnie Walker, Chandler Hutchison and Gary Trent Jr. on the board, it made very little sense to go with a player in DiVincenzo who might have a hard time creating his shot at the next level. It was just a strange selection. 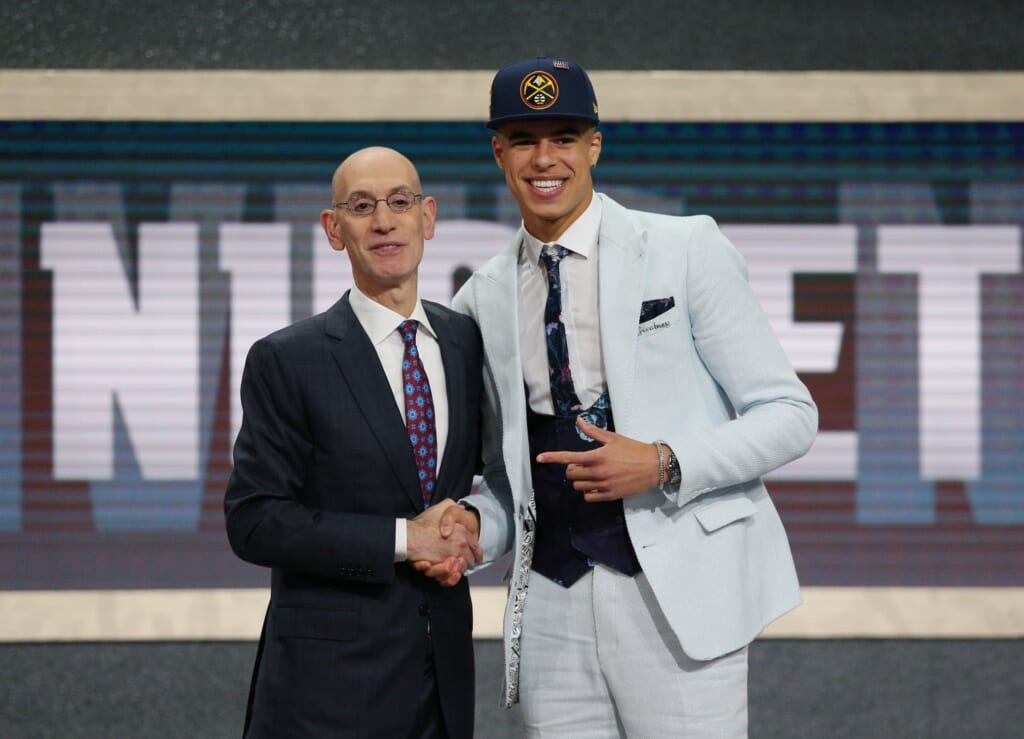 It wasn’t too long ago that Porter Jr. was considered a lock to be the No. 1 overall pick in this year’s draft. Back surgery early in his first and only season with Missouri led to questions about Porter’s ability to make a long-term impact. Having to cancel a pre-draft workout only added to this. With some teams potentially thinking about sitting the forward for his rookie season, he fell all the way to the Denver Nuggets with the 14th pick.

To be clear. This is a perfect fit for Porter. Denver has been in need for a small forward for some time now. He’ll team up perfectly with fellow youngster Jamal Murray. In no way does that mean Thursday wasn’t a disappointing night for Porter Jr.

Mavericks get their next Dirk

Considered by most to be the best prospect in the draft, the 6-foot-6 Doncic will now head to Dallas to be the heir apparent to Dirk Nowitzki. In reality, the Mavericks couldn’t have asked any more out of this draft. Certainly, giving up a future first-round pick hurts, but the Mavericks needed to get that franchise cornerstone moving forward. The child prodigy, now a teenager, will team up with Dennis Smith Jr. to form a solid young tandem in Big D.

Sacramento Kings appear to have dropped the ball 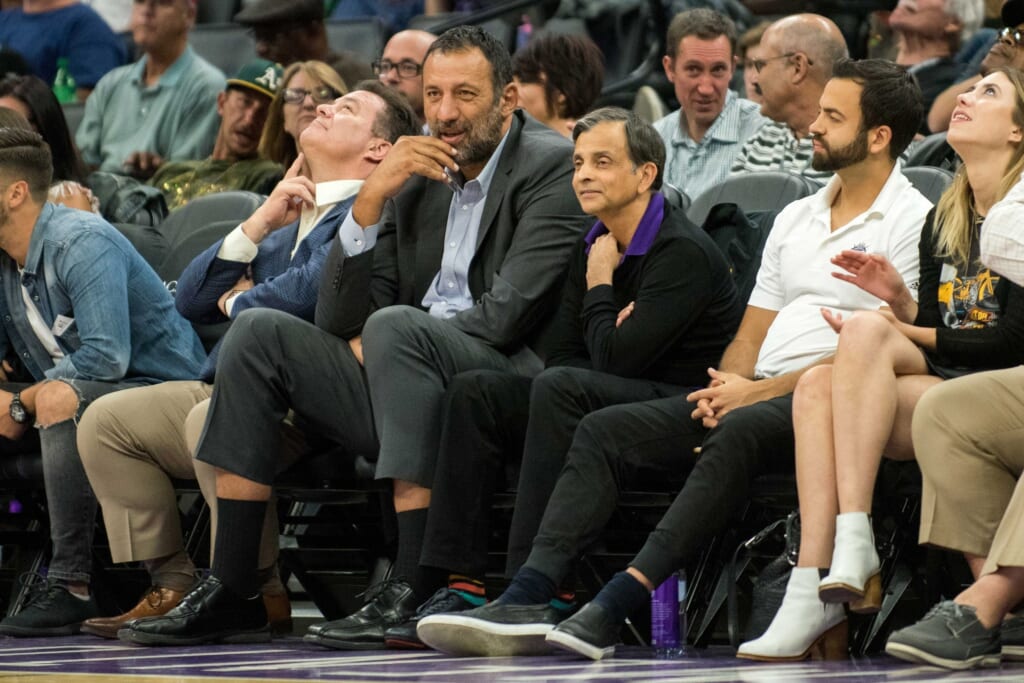 Even before making the selection official, Sacramento made sure to note that it had Marvin Bagley III as the No. 1 prospect on the draft board, ahead of eventual top pick Deandre Ayton. It’s what we’d call PR spin from a downtrodden Kings organization. But in no way does it make any sense. Luka Doncic — eventually selected No. 3 overall by Atlanta — was seen by most as a superior prospect.

Already having Harry Giles on the roster at power forward, Sacramento could have gone with a franchise-altering small forward to complete one of the most-talented young frontcourts in the game. It didn’t. In no way does this mean Bagley III will be a bust. It just wasn’t a popular selection around the NBA world.

Not feeling the Magic

Mo Bamba might have been a highly sought after prospect heading into the 2018 NBA Draft. Multiple teams were reportedly looking to move up for the former Texas star — a player that boasts an absurd eight-foot wing span and might already be an All Defensive Team performer.

The issue here for Orlando is that it has nearly $30 million committed to fellow centers Bismack Biyombo and Nikola Vucevic next season. The team might very well decide to move one of these two players. But in a league that’s moved away from true centers, it’s odd that a downtrodden franchise like Orlando would spend a valuable pick on this position. 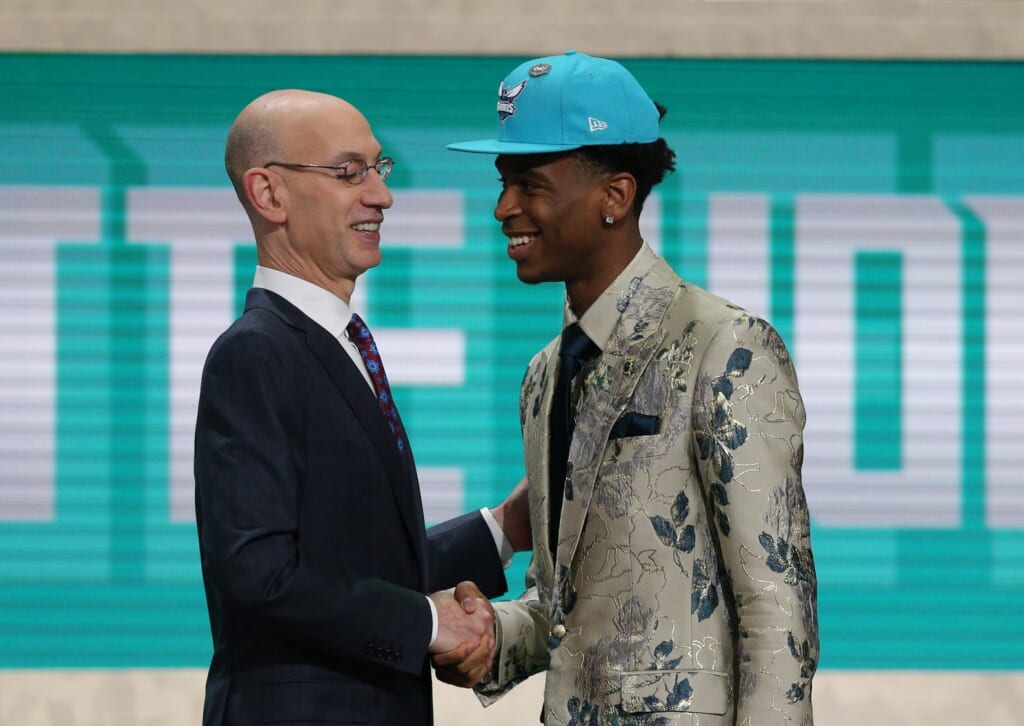 Los Angeles entered Thursday targeting both a perimeter option and a big man with its two lottery picks. After some wheeling and dealing, that’s not exactly what happened. First off, Los Angeles made a deal with Charlotte — sending two future first-round picks to the Hornets — in order to move up one spot for former Kentucky point guard Shai Gilgeous-Alexander. At 6-foot-6, Alexander boasts the size that Los Angeles has been looking for. To many, he was considered the top point guard in the draft.

Then, just two selections later, the Clippers nabbed fast-rising guard Jerome Robinson from Boston College. Having averaged nearly 21 points per game while hitting on 41 percent from distance in his final season with the Eagles, Robinson will expand the court for Los Angeles. It’s in this that these Clippers have finally moved on to the next step in their rebuild.

Not a great night for the internationals

Outside of Luka Doncic being among the highest-drafted international players in Association history, Thursday was not a banner night for those from overseas. The first round came and went without notable players such as Rodions Kurucs (Latvia), Elie-Franck Okobo (France) and Isaac Bonga (Germany) going off the board. Most of them were considered first-round prospects.

It’s the first time since 2012 that two or fewer international players went in the initial round (Brooklyn took Dzanan Musa 29th overall). While this means teams selecting in the second round might have received some tremendous value, it was not a great day for international basketball in Brooklyn.

It started with Philadelphia moving the 10th overall pick (Mikal Bridges) to the Phoenix Suns for the 16th selection (Zhaire Smith) and a 2021 first-round pick. This was the crazy moment of the draft, with Bridges having thought he’d remain home in Pennsylvania. That obviously didn’t happen. Though, the selection Philadelphia picked up here is going to prove to be valuable moving forward. It comes via the Miami Heat and is completely unprotected.

While Philly would ultimately hang on to its second first-round pick (Landry Shamet), it did move its first two second-round picks. After moving the 39th pick to the Los Angeles Lakers on Wednesday evening, the Sixers then dealt the 38th selection (Khyri Thomas) to Detroit for future draft considerations. It then moved up two spots from 56th overall to the No. 54 pick while yielding the final selection in the draft to Dallas. That’s a whole lot of moves right there.

No one wanted any part in a deal with the Warriors

It was not a well-kept secret leading up to the draft that the defending champs were looking to buy a second-round pick — much like Golden State had done recently by adding Patrick McCaw and Jordan Bell. Unfortunately for the Warriors, no other team in the Association showed interest in selling the Warriors a pick.

It makes a ton of sense. After dealing the pick that was eventually used for the above-mentioned Bell last year, the Chicago Bulls received a ton of flack. Other squads didn’t want to take on that type of PR nightmare. Even then, Golden State landed a potential steal in former Cincinnati standout Jacob Evans at No. 28 overall. So all was not lost for the two-time defending champs.