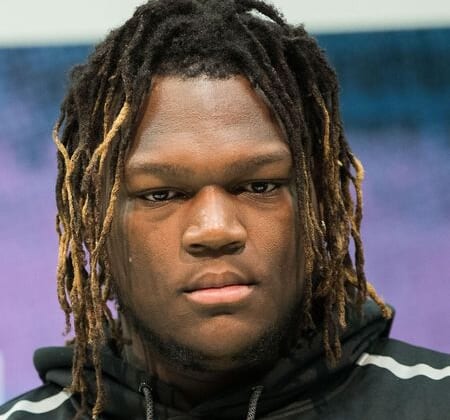 Records on the Davidson County (Tenn.) Sheriff’s Office website indicated he was arrested at 11:29 p.m. According to ESPN, he was released on a $1,000 bond two hours later and is due in court on Oct. 7.

“We are aware of the situation,” the Titans said in a statement. “This is not conduct that is indicative of the character of our football team and we are working through details on how to proceed.”

The Titans are scheduled to open the season Monday night at Denver.

It hasn’t been a quiet transition to the NFL for the 6-foot-6, 350-pound Wilson, a tackle who played 25 games over two seasons at Georgia before the Titans took him with the No. 29 overall pick in the 2020 NFL Draft.

He has been on the Reserve/COVID list twice and received a warning for trespassing from Tennessee State University police when he attended an off-campus party last month.

“We’re aware of the situation at TSU during a no-visitors policy and continue to stress the importance of good decision making as we go outside the facility,” head coach Mike Vrabel said at the time, with general manager Jon Robinson adding that the team “handled it internally.”