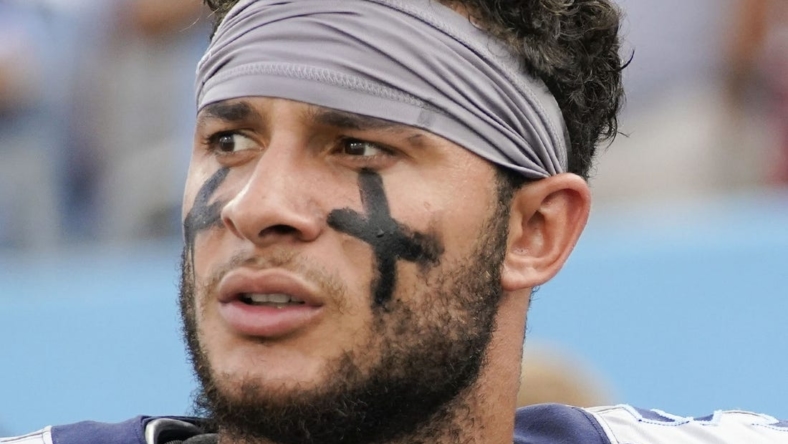 The Tennessee Titans placed cornerback Caleb Farley on injured reserve and promoted two players to the active roster in a flurry of roster moves ahead of Thursday night’s game against the Green Bay Packers.

The Titans elevated linebacker Joe Schobert and defensive lineman Larrell Murchison to the 53-man roster from the practice squad.

The team also signed linebacker Andre Smith to the practice squad along with defensive backs Greg Mabin and Davontae Harris, in addition to Lambo.

Farley, 24, appeared in nine games (one start) this season, recording 10 tackles. He suffered a back injury on special teams in last week’s win over Denver. He’ll have to miss at least four games, however ESPN reported that Farley sustained a herniated disk and that the injury will require surgery, ending his season.

Bullock is on the injury report this week with a right (kicking leg) calf issue. Lambo has yet to kick in a game this season. In 78 career games, Lambo has made 87.1 percent of his field goal tries and 89.9 percent of his PATs.

The Titans released defensive back Shyheim Carter and offensive lineman Eric Smith from their practice squad.