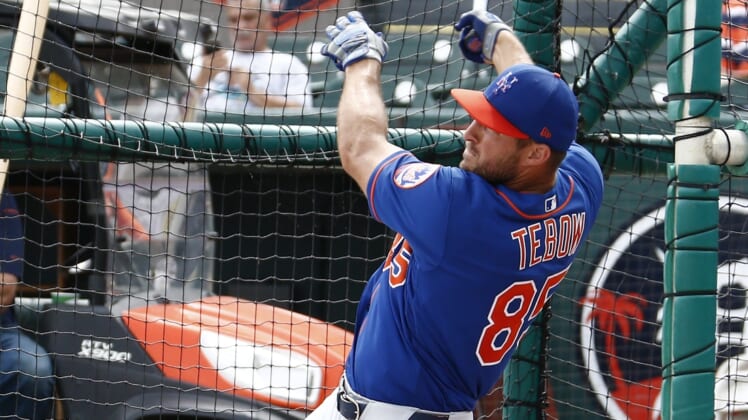 It was always a longshot. Tim Tebow turning in his football cleats for the baseball diamond. When the former Heisman Trophy winner with the Florida Gators made the jump with the New York Mets’ organization back in 2016, people were skeptical.

Tebow had not played baseball since his junior year in high school. Attempting to make this transition was going to be a tough task. Well, after almost five years, Tebow has given up the dream.

“I want to thank the Mets, Mr. Alderson, the fans and all my teammates for the chance to be a part of such a great organization. I loved every minute of the journey, but at this time I feel called in other directions,” Tebow said, via the Mets’ official website. “I never want to be partially in on anything. I always want to be 100 percent in on whatever I choose. Thank you again for everyone’s support of this awesome journey in baseball, I’ll always cherish my time as a Met.”

After the minor league season was canceled in 2020 due to COVID-19, Tim Tebow received a Spring Training invite from the Mets this month. Obviously, his heart was not completely in it.

“It has been a pleasure to have Tim in our organization as he’s been a consummate professional during his four years with the Mets,” said Team President Sandy Alderson. “By reaching the Triple-A level in 2019, he far exceeded expectations when he first entered the system in 2016 and he should be very proud of his accomplishments.”

Tebow’s decision to turn to baseball back in 2016 came after a disastrous three-year NFL career that saw the former star college quarterback start just 16 games in stints with the Denver Broncos and New York Jets.