Tim Tebow had to give up No. 15 jersey because of Astros’ cheating scandal 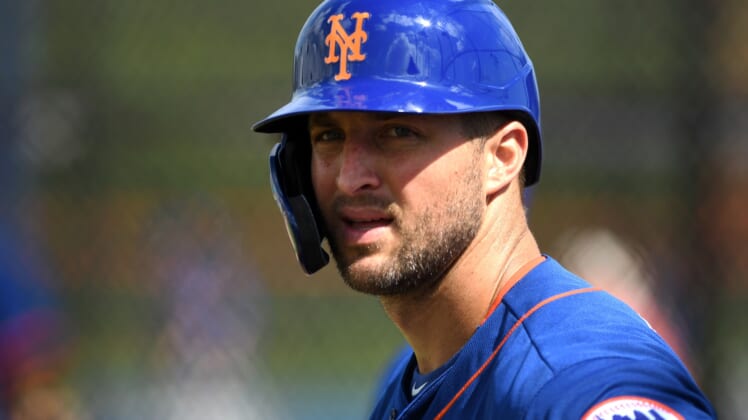 Tebow, who wore the No. 15 with the Florida Gators and during his NFL and MiLB career, had to give up the number when he reported to spring training this offseason.

The Mets had Tebow change numbers to avoid any awkwardness given the history of the No. 15 in the organization. It was worn by Carlos Beltran, who was hired as manager this offseason then had to step down for his prominent role helping the Astros cheat in 2017.

Fortunately, Tebow seemed to take the news in stride and was happy to make the change for the team. Hopefully, the 32-year-old will be able to wear his iconic number again when he tries to keep his dream alive in the minors this season.