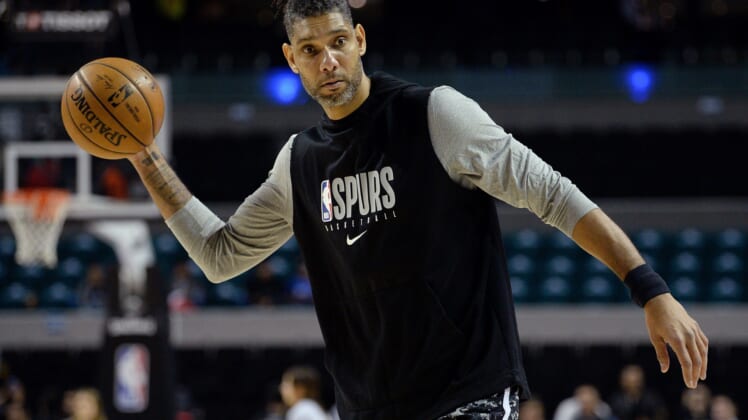 That did not take too long. In only his first season as an assistant coach with the San Antonio Spurs, all-time great big man Tim Duncan will get his first head coaching opportunity.

It’s not what you think. Duncan will fill that void for Tuesday night’s game against the Charlotte Hornets with Gregg Popovich away from the team for personal reasons.

Duncan, 43, was hired by Pop as an assistant back in July. He has joined Becky Hammon and others in finishing out multiple games as the Spurs’ head coach after Popovich found himself ejected at times this season.

The 15-time All-Star retired from the NBA following the 2015-16 season. And in an interesting turn, he’ll go up against former Spurs assistant James Borrego Tuesday night.