Tiger Woods issues heartfelt thanks to family, friends and fans after winning Masters 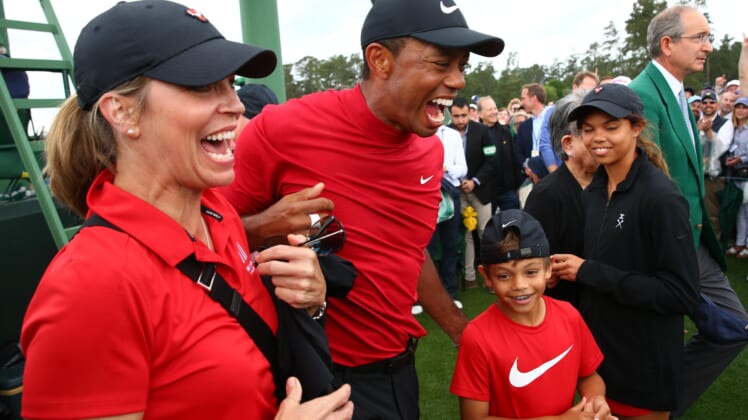 This one meant a great deal to Tiger Woods. The legendary golfer broke an 11-year major championship drought with an incredible victory at the 2019 Masters.

Afterward in his press conference, he opened up about the “overwhelming” experience.

“It’s overwhelming. I think just because of what has transpired. And last year, I just lucky to be playing again. And the previous dinner, the champions dinner, I was really struggling. I missed a couple of years of not playing in this great tournament and to now, being the champion, what was it, 22 years between wins, that’s a long time. It’s just unreal for me to experience this. My mom was there. She was there in ’97 as well. I just couldn’t be more happy and more excited. I’m kinda at a loss for words.”

Then later on, hours after his emotional ordeal, Woods took time out to tweet some heartfelt thanks to his family, friends and fans, noting, “Having my family by my side today is something I will never forget.”

With 15 majors under his belt, Woods is now once again atop the golf world.

He has a realistic chance to break Jack Nicklaus’ record of 18 major championships, and not surprisingly he’s already the heavy favorite to win the 2020 Masters.

Though, while we’re all excited to think about the future, it seems clear Woods is more than content to embrace the moment.