Tiger Woods hits PGA with leg ‘better than 12 months ago’ 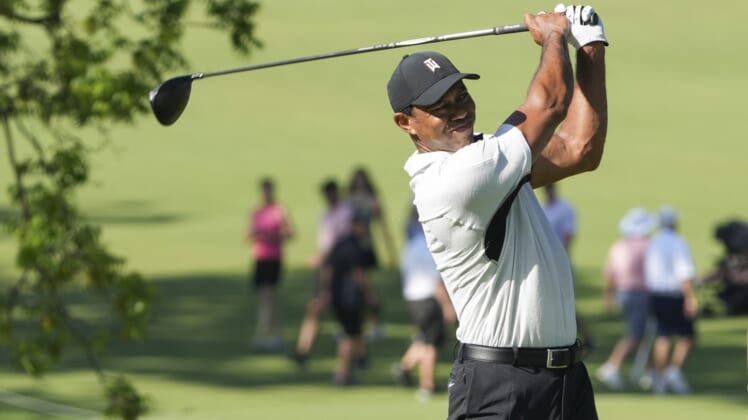 Tiger Woods is ready to give major competition another go at this week’s PGA Championship in Tulsa, Okla., after making his return to golf at the Masters last month.

Fourteen months after a gruesome single-car accident left his right leg and foot badly injured, to the point that he considered amputation, Woods made the cut at Augusta before struggling through the weekend and finishing 47th. The 15-time major champion made clear that traversing the course was the bigger struggle for him than hitting golf shots.

After taking one day off — the Monday after the Masters — Woods got back to work training ahead of the second major of the season.

“There was a huge lull — Monday. That was it,” Woods joked. “It was not fun. It hurt. Ice baths and just trying to get the swelling out of there. Then we went back at it, leg day on Tuesday and we kept going from there.”

Now, Woods feels his surgically repaired leg is in a better place for him to play up to four days’ worth of golf.

The last time Southern Hills Country Club hosted the PGA Championship, Woods was the victor, shooting an 8-under-par 272 to beat Woody Austin by two shots. Woods carded a 63 in the second round, which at the time tied the record for the lowest round at any major.

Woods also made a few minor changes to his golf bag for the week, according to Golfweek. He replaced his 5-wood with a 2-iron, something he tends to do at fast, windy courses like Open Championship venues. He also replaced his P-7TW 3-iron with another model also made by TaylorMade, a P-770.