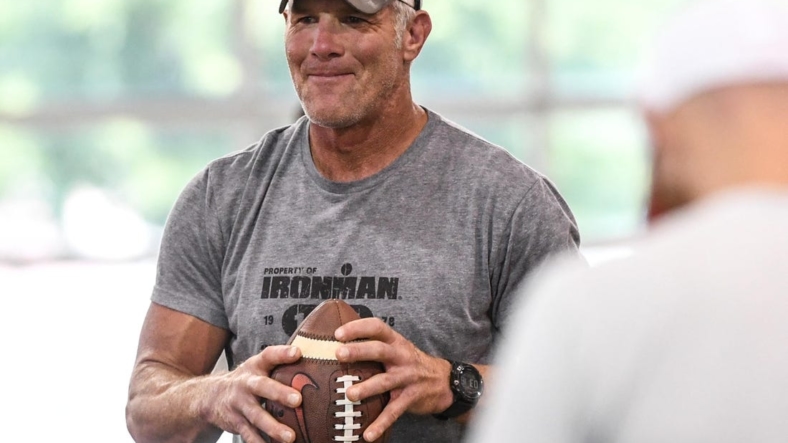 An investigative report by Mississippi Today revealed Tuesday that former Mississippi Gov. Phil Bryant helped NFL legend Brett Favre receive funding that was supposed to go to the state’s welfare agency in order to build a new volleyball center at the University of Southern Mississippi.

Text messages from 2017 and 2019 were filed this week by an attorney representing Nancy New, who has already pleaded guilty to 13 felony counts of bribery, fraud and racketeering for her role in the scheme. New was the founder of the Mississippi Community Education Center, which was tasked with spending millions in federal welfare funds to help the state.

The texts show Favre, New and Bryant discussing how to divert the welfare funds to build a $5 million volleyball stadium at Southern Miss. Favre played football at Southern Miss, and his daughter was a volleyball player there at the time some of the texts were sent.

“If you were to pay me is there anyway the media can find out where it came from and how much?” Favre asked New in 2017.

After telling Favre that “we never have that information publicized,” she got back to him the next day.

“Wow, just got off the phone with Phil Bryant! He is on board with us! We will get this done!” New told Favre.

In another text sent in July 2019, Bryant told New he had just finished meeting with Favre and asked her if they could help him with his project.

Bryant, who left office in January 2020, had previously denied helping with the scheme.

Last year, Favre paid back $600,000 to the state of Mississippi, an amount he had been paid for speeches he never gave. Favre was commissioned in 2017 and 2018 to promote a state poverty-fighting initiative, receiving $1.1 million. The State Auditor’s Office reported that he initially gave back $500,000 of the amount, but earlier this month, Favre was asked in a letter to repay the remainder plus interest.

Then, in May, the Mississippi Department of Human Services filed a civil lawsuit against Favre because he had not paid back interest on the $1.1 million that amounted to $228,000.