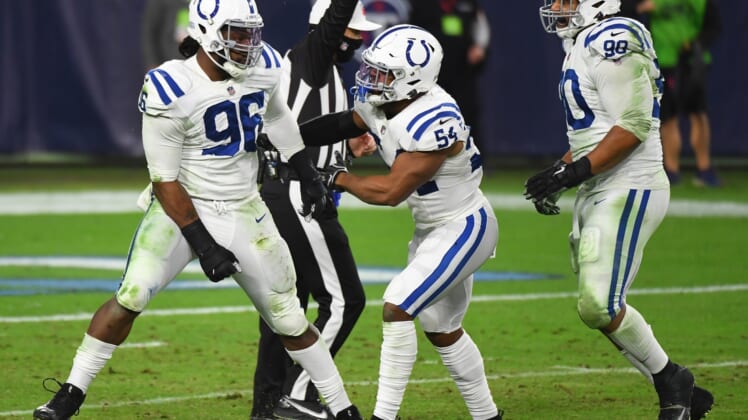 Free agent defensive lineman Denico Autry officially agreed to terms on a multi-year contract with the Tennessee Titans on Thursday.

Lamm, who also signed a multi-year contract, brings versatility to the Titans’ offensive line. In 74 games over six seasons with the Houston Texans (2015-18) and Cleveland Browns (2019-20), the 28-year-old has started games at both tackle positions. Last season, he caught a 1-yard touchdown pass from Baker Mayfield on a Browns trick play in a 41-35 win over the Titans in Week 13.

Cox, 34, signed a one-year deal. A native of Collierville, Tenn., and a three-year starter at long snapper for the University of Tennessee (2007-2009), Cox spent 11 seasons with the Baltimore Ravens, who released him this offseason. During his 165-game NFL career, Cox has made the Pro Bowl four times. Last season he was the first All-Pro long snapper, the first time the position was on the All-Pro ballot.

Firkser and Swaim each re-signed for one year.

Firkser, 26, has played in 43 games (two starts) for the Titans the past three seasons. In 2020, he set career highs with 39 catches and 387 receiving yards. He also caught one touchdown pass.