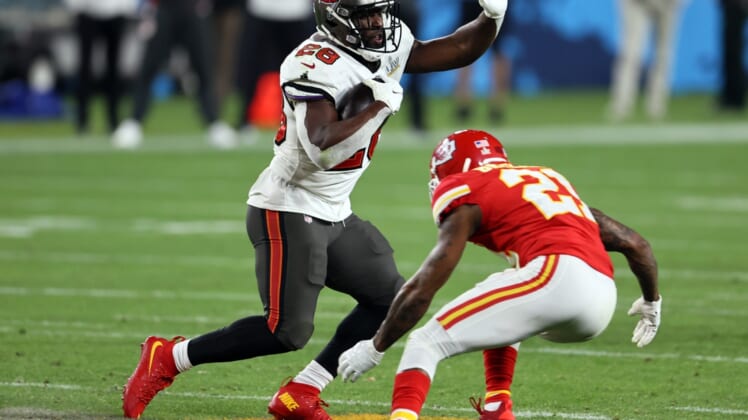 Running back Leonard Fournette is returning to the Tampa Bay Buccaneers on a one-year contract, NFL Network reported Friday.

The deal is for $3.25 million, but incentives could push it to $4 million, per the network.

Fournette signed a one-year, $2 million deal with the Buccaneers on Sept. 2, 2020, just days after he was waived by the Jacksonville Jaguars.

He had a career-worst regular season in 2020, finishing with just 600 yards from scrimmage and six touchdowns in 13 games but made his impact in the Buccaneers’ playoff run.

Fournette totaled four touchdowns in four postseason games, including one in Tampa Bay’s 31-9 win over the Kansas City Chiefs in Super Bowl LV.