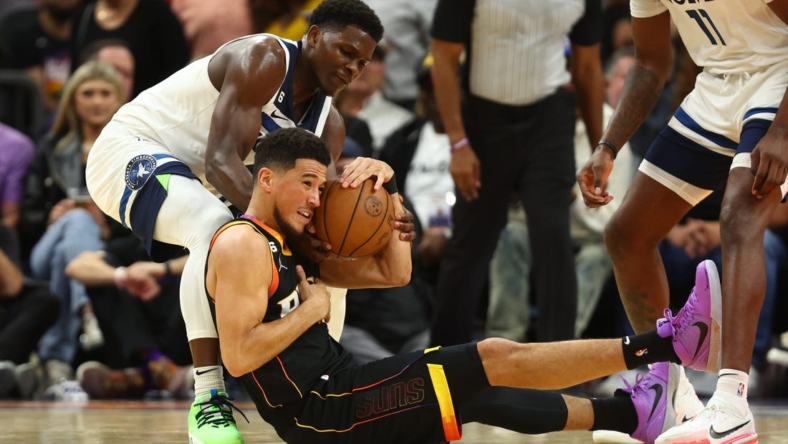 Cameron Johnson was 7 of 11 from 3-point range and scored 29 points to pace the Phoenix Suns to a 116-107 victory over the visiting Minnesota Timberwolves on Tuesday night.

Karl-Anthony Towns recorded 24 points, 10 rebounds and seven assists for the Timberwolves, who lost to the Suns for the eighth time in the past nine meetings. Anthony Edwards also scored 24 points, while Naz Reid added 13 and fellow reserve Jaylen Nowell had 10 for Minnesota.

Phoenix shot 46.1 percent from the field, including 17 of 43 from 3-point range. Bismack Biyombo had four blocked shots for the Suns.

The Timberwolves connected on 42.5 percent of their attempts and were 13 of 34 from behind the arc.

Minnesota trailed by as many as 18 points in the third quarter before making a run in the final stanza.

But the Suns answered with an inside hoop by Biyombo and a 3-pointer by Johnson to lead by seven with 7:43 to play.

Bridges later made back-to-back baskets to push the lead to 105-91 with 3:16 to go and the Suns closed it out.

Phoenix led by seven points at halftime before opening the third quarter with a 15-5 burst to open up a 69-52 lead on Booker’s 3-pointer with 7:57 remaining.

Booker drilled another trey less than three minutes later to give the Suns a 74-56 advantage.

Minnesota used an 11-2 run later in the period to pull within eight before Torrey Craig connected on a 3-pointer with 5.8 seconds remaining to give Phoenix an 84-73 lead.

Johnson scored 17 first-half points to help the Suns hold a 54-47 advantage at the break. Edwards scored 15 for Minnesota.