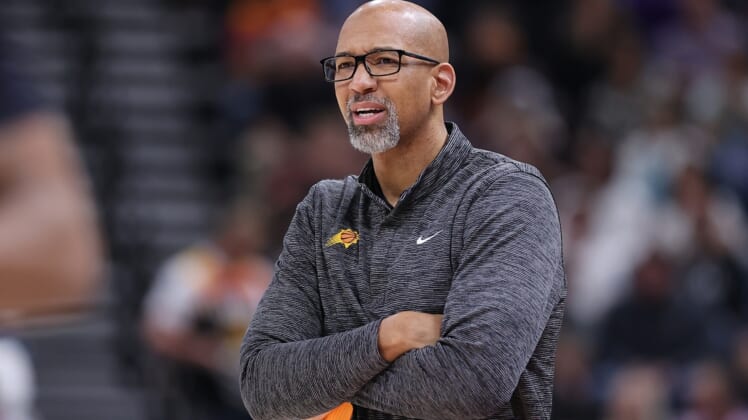 The Phoenix Suns’ Monty Williams has been voted Coach of the Year by the National Basketball Coaches Association for a second straight year.

Williams led the Suns to an NBA-best 64-18 record and the No. 1 seed in the Western Conference. The 64 wins set a franchise record.

The Suns became the first team in NBA history to increase their win total by at least 11 games in three consecutive seasons.

“Congratulations to Monty Williams on winning the Michael H. Goldberg Award for a second consecutive season,” said Indiana Pacers head coach and NBCA president Rick Carlisle. “Each of his three seasons with the Suns has produced a double-digit increase in wins from the previous year, which is extraordinarily difficult to do. Congratulations again to Monty and his entire staff on a repeat of this most prestigious recognition by his peers.”

Also receiving votes were Willie Green of the New Orleans Pelicans, Taylor Jenkins of the Memphis Grizzlies, Tyronn Lue of the Los Angeles Clippers, Gregg Popovich of the San Antonio Spurs and Erik Spoelstra of the Miami Heat.

“The coaches in our league sacrifice so much to serve their teams, and there are so many outstanding coaches deserving of this honor,” Williams said. “It is incredibly humbling to again receive this recognition from this group, for whom I hold the utmost respect.”