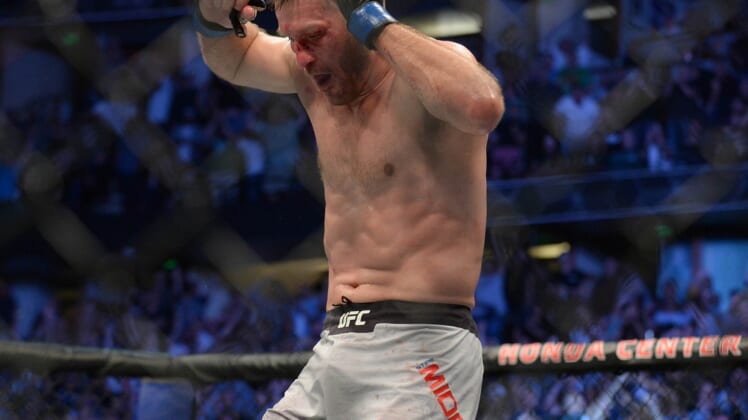 Stipe Miocic will defend his UFC heavyweight title against Francis Ngannou in the co-main event at UFC 260, according to numerous reports.

UFC featherweight champion Alexander Volkanovski will fight Brian Ortega in the other main event, though a location has yet to be announced. Per the reports, the event will take place March 27.

Ngannou (15-3) is on a four-fight winning streak, in which all of his bouts have been stopped in the first round. Miocic defeated Ngannou via unanimous decision at UFC 220 in January 2018.

Miocic (20-3) has won his last two fights — both against Daniel Cormier since dropping the belt to Cormier in UFC 226 in July 2018. Miocic defeated Cormier in the duo’s trilogy fight in August.

Volkanovski (22-1) beat former champion Max Holloway in 2019 and 2020 in his last two fights and has won 19 straight bouts across all promotions dating back to a loss to Corey Nelson in May 2013.

Ortega (15-1) is coming off a win over Chan Sung Jung in October in his first fight since suffering the first loss of his career when he fell to Holloway in December 2018.