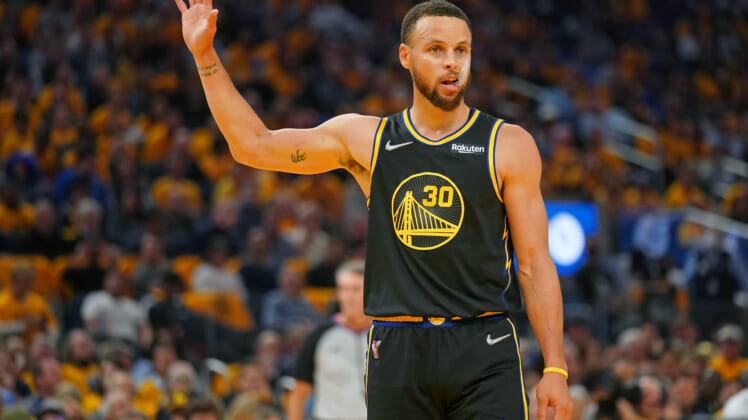 As if there was ever any question, Stephen Curry took home the first-ever Earvin ‘Magic’ Johnson Western Conference Finals MVP award from his performance against the Dallas Mavericks.

The NBA created the award this season in an effort to recognize both current great performances while tying in legends of the past, with the Eastern Conference version being named after Boston Celtics great Larry Bird.

His latest win sends Curry to his sixth NBA Finals appearance in eight seasons, where he’ll take on either the Boston Celtics or Miami Heat.

Curry can add his latest hardware to the two MVP trophies, and three Larry O’Brien NBA Championship trophies in his collection.

Even though Curry only scored 15 points, shooting 5-of-17 in Game 5, it was his overall performance that led to him earning the shiny new trophy on Thursday night.

It should be noted, the trophy only takes the Western Conference Finals series into consideration, so previous efforts from the postseason to help them reach the WCF were not included.

Klay Thompson might have been Curry’s closest competitor for the award, putting forth several strong efforts to help the Warriors advance, but it ultimately was not enough to best his fellow Splash Brother.

Now Curry’s next test begins on June 2, but who will be his opponent?