Steph Curry (sprained foot) to be re-evaluated in 2 weeks 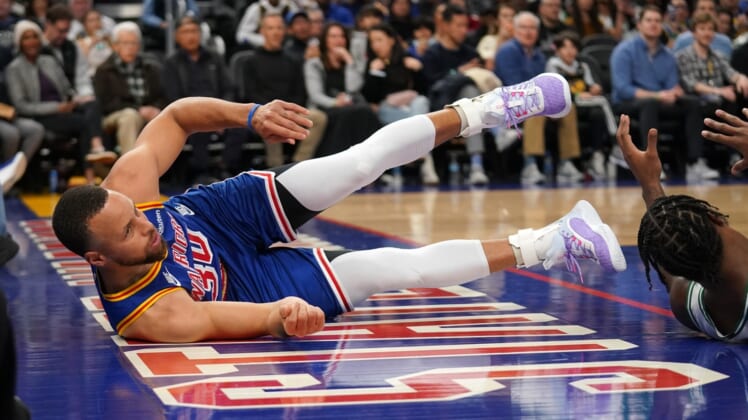 Golden State Warriors star Steph Curry will sit out two weeks before being re-evaluated for a sprained ligament in his left foot suffered Wednesday against the Boston Celtics.

A two-week timetable could mean Curry will be ready for the start of the playoffs in April. The Warriors, who at 47-23 are third place in the Western Conference and battling the Memphis Grizzlies for second, have 12 games left in the regular season.

The injury occurred with just over four minutes remaining in the second quarter when Boston’s Marcus Smart landed on the back of Curry’s leg while diving for possession of the ball.

The two-time NBA MVP and eight-time All-Star had his foot twist awkwardly in the incident, and shortly thereafter had to be removed from the game. He headed straight to the locker room, walking under his own power.