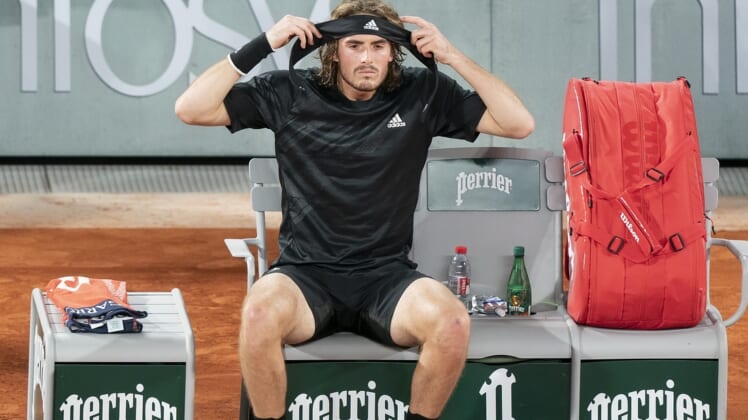 Fifth seed Stefanos Tsitsipas rallied from two sets down Wednesday to beat No. 2 seed Rafael Nadal and advance to the semifinals at the Australian Open in Melbourne.

“I’m speechless, I have no words to describe what just happened out on the court,” Tsitsipas said in a post-match interview on the court. “My tennis speaks out for itself. It’s an unbelievable feeling to be able to fight at such a level. Give it my all on the court. I don’t know what happened after the third set. I just, fly like a little bird. Everything was working for me. The emotions in the end are indescribable.”

Nadal took advantage of a “nervous” Tsitsipas early and went ahead 6-3, 6-2 in just over an hour.

Only two opponents in Nadal’s career have beaten him in a Grand Slam after trailing by two sets. The other was Fabio Fognini in the 2015 US Open. Roger Federer also beat Nadal from down two sets in Miami in 2005.

“I made a couple of mistakes,” Nadal said post-match. “It was not enough for me, and now I have to go back home and practice to be better. I was in a great condition before here and then it was unfortunate what happened. Today wasn’t enough. That’s tennis.”

Fourth-seeded Daniil Medvedev dominated No. 7 Andrey Rublev 7-5, 6-3, 6-2, notching his 11th consecutive win over a top-10 player to advance to the semifinals earlier Wednesday.

“It was one of the best matches I’ve played lately, not only here but even last year, this match is really unbelievable,” Medvedev said after defeating his fellow Russian.