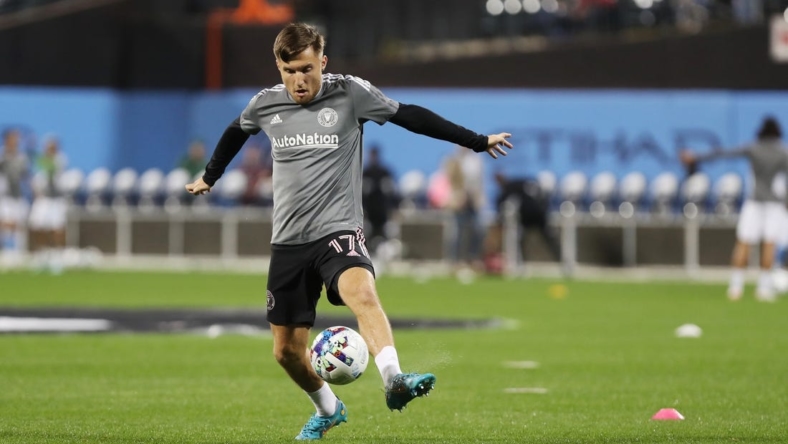 Vassilev was taken by St. Louis from Inter Miami, the team with which he appeared in 45 games (20 starts) and contributed five goals and two assists. The 21-year-old Savannah, Ga., native appeared briefly for Aston Villa in 2020 before being loaned to Miami.

Vassilev played for United States national teams at the under-17, under-18 and under-20 levels but has yet to appear for the senior national team.

La Cava won’t be heading to St. Louis, though, as the expansion club immediately traded him to Inter Miami in exchange for $150,000 in 2023 general allocation money, with up to another $100,000 possibly to be added based on La Cava’s performance.

St. Louis added one more player, making a trade to acquire center back Tim Parker from the Houston Dynamo. The deal will send $500,000 in general allocation money to Houston.

“He’s a role model on and off the field,” St. Louis sporting director Lutz Pfannenstiel said. “That’s exactly the player we wanted. It’s a deal for us I think where we can be really happy.”

Parker has two goals and four assists in 217 career MLS games, including 207 starts.

Gioacchini, 21, scored three goals in eight games with the USMNT in 2020 and 2021, including a goal in the CONCACAF Gold Cup against Martinique. This year was his first in MLS after he previously played for several teams in France. Gioacchini had no goals and no assists in six games (two starts) for Orlando City this year.

Nelson, 24, played three years for FC Dallas before spending 2022 with FC Cincinnati, for whom he had no goals and two assists in 24 games (14 starts).