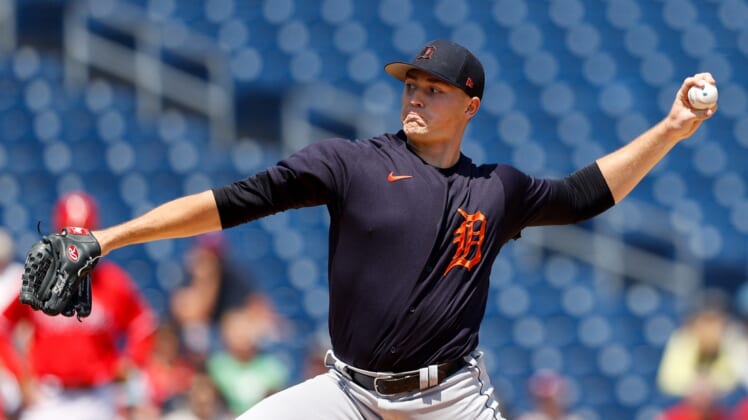 Paul DeJong went 3-for-3 with a homer and five RBIs, and Conner Capel went 3-for-3 with four RBIs as the visiting St. Louis Cardinals steamrolled the Washington Nationals 29-8 on Wednesday at West Palm Beach, Fla.

Paul Goldschmidt went 4-for-4 with a solo homer and Yadier Molina had a homer and three RBIs as the Cardinals went 15-for-25 with runners in scoring position while racking up 26 hits. St. Louis scored 15 of its runs in the eighth inning when it sent 19 batters to the plate.

Washington starter Anibal Sanchez and reliever Cade Cavalli each were charged with 10 earned runs. Josh Bell and Gilbert Lara each slugged three-run homers for the Nationals.

Kelvin Gutierrez lined a three-run double with two outs in the bottom of the ninth as Baltimore stunned Tampa Bay at Sarasota, Fla. Miles Mastrobuoni homered for the Rays.