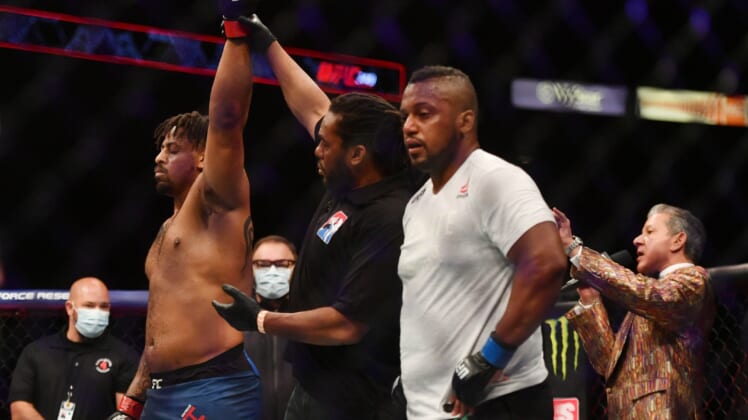 It also represented the first time that Hardy has taken to center stage in the biggest event the UFC has to offer.

Could the heavyweight who was shunned by the NFL due to a domestic violence incident take his next step to star status in the Octagon?

In the end, Hardy proved the naysayers wrong in defeating Yorgan De Castro by unanimous decision, 30-27.

Needless to say, the sports world had its reactions to Hardy moving to 6-2 in his career and potentially looking at bigger things moving forward.