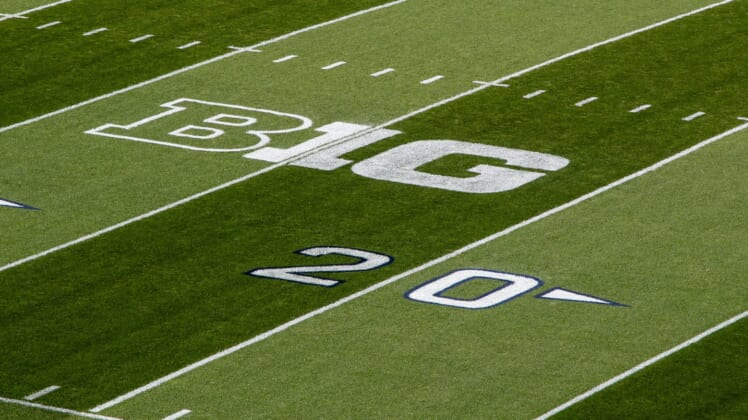 Sep 7, 2019; University Park, PA, USA; A general view of the Big Ten logo prior to the game between the Buffalo Bulls and the Penn State Nittany Lions at Beaver Stadium. Mandatory Credit: Matthew O’Haren-USA TODAY Sports

Another domino has fallen as the 2020 college football season appears to be doomed.

The Big Ten followed in the MAC’s footsteps Monday, reportedly canceling the football season after 12 of the 14 Presidents in the conference voted against playing in 2020.

The amount of money that is being lost in college football this year is staggering. The impact of this decision will be felt for years to come on many levels.

As such, the reactions on Twitter to this huge news were passionate and varied.