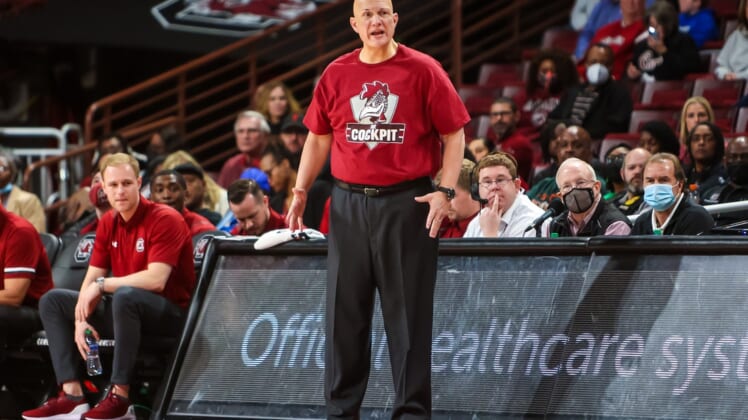 Javon Pickett scored 23 points for the Tigers (10-20, 4-13), who have lost six games in a row. Kobe Brown scored 19 points and grabbed eight rebounds.

Both teams struggled offensively early on. South Carolina missed 16 of its first 22 shots from the floor and Missouri missed 11 of its first 15.

The Tigers also turned the ball over six times in the first 8 minutes.

Missouri dressed just eight players for the game and got into early foul trouble, with Amari Davis earning three first-half fouls and Brown forced to sit long stretches of the first half after earning his second foul.

The Gamecocks finally kicked into gear with a 10-1 run to take a 23-15 lead. Carter sparked that surge with a three-point play and Erik Stevenson’s 3-point jumper kept it going.

But the Tigers cut South Carolina’s lead to 30-24 when Pickett hit a 3-pointer in the closing seconds of the first half.

South Carolina used a 7-0 surge early in the second half to push their margin to 37-26. Keyshawn Bryant’s fast-break layup and Reese’s three-point play got the Gamecocks rolling again.

After the Gamecocks built a 45-31 lead, the Tigers cut that lead to four points with a 16-6 run. Pickett scored seven of those points to keep Missouri in the game.

Pickett hit two free throws with 1:34 left to cut South Carolina’s lead to 60-59. But Carter answered with a three-point play with 1:20 left to give the Gamecocks control — and they made 8 of 8 free throws in the final 38 seconds to keep it.