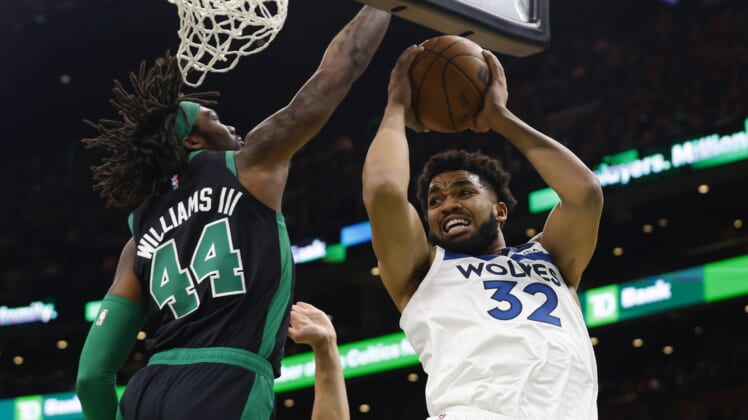 Jayson Tatum scored 34 points and Jaylen Brown added 31 points and 10 rebounds to lift the host Boston Celtics to a 134-112 victory over the Minnesota Timberwolves on Sunday.

Tatum, who scored 17 points in the third quarter, made five 3-pointers to send the Celtics (47-28) to their sixth straight win and 24th in their last 28 games.

Boston, which outscored Minnesota by a 38-19 margin in the second quarter, shot a robust 56.5 percent from the floor and 43.6 percent from 3-point range for the game.

Derrick White collected 15 points and six assists off the bench and Robert Williams III had 13 points and 10 rebounds before exiting with a left knee sprain late in the third quarter.

Anthony Edwards scored 24 points and Karl-Anthony Towns added 19 for the Timberwolves (43-33), who have lost three of their last four games. Minnesota fell despite shooting 53.6 percent from the floor and 43.8 percent from 3-point range.

Taurean Prince, who finished with 10 points, was fined $15,000 by the NBA for making an obscene gesture during Friday’s 116-95 win over the Dallas Mavericks. Teammate Malik Beasley suffered an ankle injury in that game and sat out on Sunday.

Boston nursed a four-point lead after the first quarter before beginning the second on a 19-7 run. White made a 3-pointer, a three-point play and a pair of free throws on his team’s first three possessions before his layup gave the Celtics a 53-37 lead.

Boston kept its foot on the gas, with Brown sinking a pair of free throws and a mid-range jumper before Tatum drained a 3-pointer to push the Celtics’ lead to 72-47. The point total served as Boston’s highest scoring first half of the season.

Williams made a layup and Tatum added a pair of buckets from the interior to extend the Celtics’ advantage to 78-51 early in the third quarter. Edwards sandwiched 3-pointers around one from Patrick Beverley to trim Minnesota’s deficit, but the Timberwolves were unable to get closer than 17 points the rest of the way.