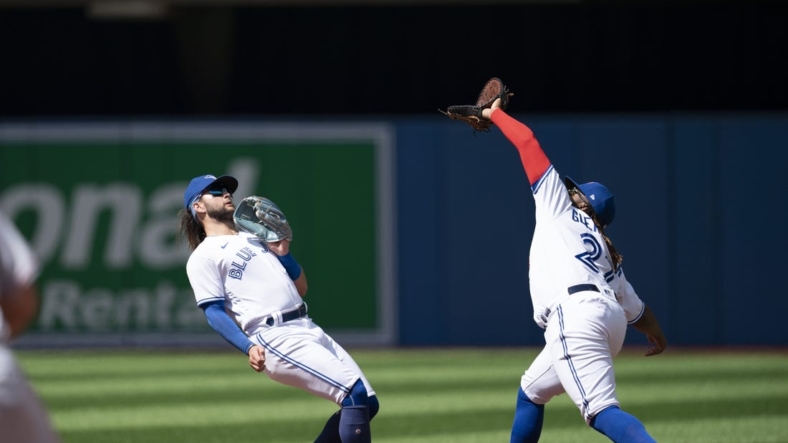 Shohei Ohtani had a two-run homer among his three hits as the visiting Los Angeles Angels earned an 8-3 victory Sunday afternoon that completed a three-game sweep of the Toronto Blue Jays.

Ohtani singled with two out in the third and Rengifo hit his 10th home run of the season for a 2-0 Angels lead. Suzuki hit his fourth homer of the season, a blast to left, with one out in the fourth.

The Blue Jays’ Bo Bichette and Teoscar Hernandez walked with two out in the fourth and Matt Chapman hit an RBI double off the center-field wall to cut the deficit to 4-1. It was Toronto’s first run of the series.

Jaime Barria pitched around two singles in the bottom of the sixth.

Adam Cimber allowed David Fletcher’s two-out single in the seventh for the Angels before Trout’s bloop to center popped out of the glove of Springer who made a diving attempt as Fletcher scored. Ohtani greeted Tim Mayza with a drive to left for his 28th home run of the season.

Jo Adell played Gurriel’s line drive to left against Barria into an RBI triple in the bottom of the seventh.

Adell singled for the Angels in the eighth and pinch runner Magneuris Sierra stole second then scored when first baseman Guerrero dropped a throw from shortstop on Suzuki’s grounder.

David Phelps allowed Trout’s 28th homer of the season in the top of the ninth, a shot to center.

Gerardo Reyes allowed Springer’s 19th homer of the season in the bottom of the ninth.