Shane Lowry: Honda Classic ‘stolen from me’ by downpour 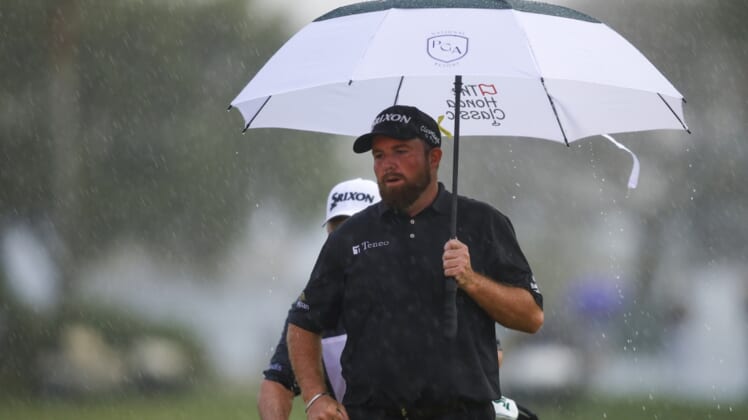 Shane Lowry said the worst break he has experienced in golf cost him the Honda Classic title on Sunday.

Lowry was tied for the lead at 9-under par when he reached the 18th tee box. Up ahead, Sepp Straka had just blasted a 334-yard drive on the par-5 finishing hole.

With rain turning into a heavy downpour, Straka put his second shot on the green. While the Austrian was walking up to survey his eagle putt, Lowry pulled his tee shot only 241 yards into the left rough.

Straka narrowly missed his eagle putt, but tapped in for birdie to reach 10 under. Lowry, forced to lay up, hit his third shot to 43 feet and was unable to make the birdie putt, settling for solo second.

“That was as bad a break as I’ve ever got. Especially when you’re standing on the tee and you see him over that left bunker, which I would’ve been able to do if there was no rain.”

The Irishman was seeking his first victory since the 2019 Open Championship. He did climb 15 spots to No. 35 in the Official World Golf Ranking with Sunday’s runner-up finish and now has five consecutive top-25 finishes worldwide.

After an even-par 70 in his opening round, Lowry posted three consecutive 67s at the demanding Champion course at PGA National.

“Look, it is what it is. It’s a great week for me,” he said. “I’m very happy where my game is at. It’s a really nice week to take into The Players now.

“Like the next 24 hours will be tough, but my kids are here and my family. I’ll get on with my life tomorrow and I’ll be fine.”